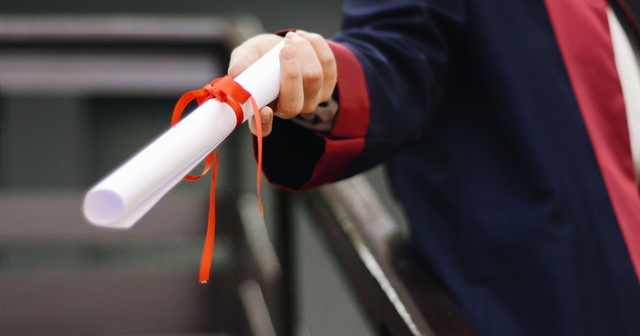 Government-subsidized degrees not necessarily the path to state prosperity

General Motors is bidding farewell to four-year-degree requirements for some jobs in manufacturing and technology. The move comes courtesy of a recommendation from a diversity task force, which was commissioned to suggest ways to attract more diverse talent to the company.

Why should Michigan residents pay attention?

The Detroit-based automaker employs over 52,000 workers in Michigan, with 31 facilities and paying its workers $5.8 billion in taxable wages. It was likely the state’s top employer in 2019, the last year for which we have relevant data.

Furthermore, lawmakers clearly believe that the GM holds economic and cultural significance for the state. Just a few months ago, they handed GM a $600 million subsidy deal with few strings attached. Legislators wouldn’t hand over so much cash if they didn’t think GM was important. That belief is also illustrated by some extreme statements about how the deal will position Michigan for a new Industrial Revolution and help the state compete for every job in decades to come.

Essentially, GM’s move from credentials-based hiring to skills-based hiring signals that at least some jobs that currently require a four-year degree could likely be done equally well by a skilled person without one.

It’s the reversal of a phenomenon known as upcredentialing. Increasingly, jobs that in times past represented tried-and-true career pathways for high school graduates, like administrative and clerical positions, now call for a bachelor’s degree. And a study by Burning Glass Technologies indicates it is happening even when the substance of the job hasn’t changed.

A significant recent contributor was the willingness of college graduates during the Great Recession of 2007-2009 to take jobs that required only a high school degree.

Employers now seem to use a college degree as a proxy for possessing desirable traits or analytical skills, which could benefit the employer via increased worker productivity. That’s a tradeoff, though, since according to the same study, positions with a potentially unnecessary credential take substantially longer to fill. Difficulty filling positions seems to be one motivation for General Motors to “decredential” some roles.

As such, the announcement raises questions about whether Michigan’s current administration is pursuing effective solutions to increasing the state’s economic competitiveness.

In 2019, Gov. Gretchen Whitmer announced a goal that 60% of Michigan’s workers have a postsecondary credential by 2030, known as Sixty by 30. It’s nothing if not ambitious, as the state average is 49%, two and a half years after she announced the goal. Currently Washtenaw County, home to the University of Michigan, stands alone in hitting the benchmark.

Gov. Whitmer and Michigan lawmakers have decided to spend taxpayer dollars and government resources to create new programs to offer postsecondary education to certain populations, at no charge to them. It’s an effort to get nontraditional students to go back to school. Only students who meet specific requirements related to age, residency, or working in frontline industries during the pandemic are eligible.

It is important to note that students in the programs can use funds to pay for either an associate degree or a skill certificate. Such a certificate could potentially help a student satisfy the skills requirement for those manufacturing and technology jobs at GM. Nevertheless, according to the Department of Labor and Economic Opportunity, most students accepted into the programs have gravitated towards traditional associate degrees.

Research indicates that a higher level of education is significantly associated with higher earnings and more opportunities in the job market – for individuals. People with college degrees generally get paid more.

But that doesn’t mean that encouraging college credentials are states’ path to prosperity. There is little correlation between higher levels of education in a state and a better state economy. In fact, by emphasizing and subsidizing higher education so heavily, the state may actually be driving the already-high cost of college upward even further.

Few people will dispute that education has value. At the same time, it’s important to consider the unintended consequences of the government subsidizing the pursuit of credentials, in the form of a college degree. Currently, just under half of working-age Michigan residents have a degree beyond high school. It’s not clear whether or why that figure represents such a grave threat to the state’s future that taxpayers ought to fund programs with little accountability for results. At the very least, insisting that recipients of the funding – students and institutions alike – take responsibility for completing their degrees, for example, would be sensible in the face of dismal college completion rates nationwide.

Government-subsidized degrees are a costly and likely ineffective solution to increasing state competitiveness, based on the data. It would be better for job-seekers and less costly for taxpayers if more employers followed General Motors’ example and dropped degree requirements when they aren’t needed.