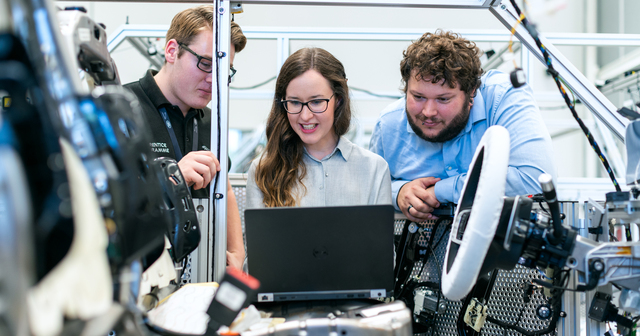 Photo by ThisIsEngineering on Pexels
Blog

When state lawmakers approved $1 billion in new selective business subsidies, they didn’t specify what companies would need to do to receive payments. What administrators came up with may not be what legislators intended.

Some programs give companies money based on the wages they pay for new jobs. Others give out money based on how much the companies spend on buildings and equipment. And some offer tax credits to companies when they spend money on favored activities like research and development. For this latest program, policymakers did not specify how recipients would qualify for cash. Instead, they let administrators fill in the details.

When administrators awarded General Motors a $600 million grant, they also outlined what the company needed to do to collect this taxpayer support: Payments would be based on how much GM spent on buildings and equipment.

This is important because it means that the company will receive money quickly — and without having to add jobs.

There are job requirements attached to the money – but these are not what they appeared to be in news reports. Despite headlines announcing that the company was going to create 4,000 jobs in Lansing and Lake Orion, this target is not part of the agreement. In fact, the state only requires 3,200 jobs to come from the project.

GM officials will even receive taxpayer funding if they are not able to meet that 3,200-job threshold. The proposal notes that the state will ask for proportional repayment if the company ends up producing fewer jobs than the target number. But that future repayment would only amount to a portion of the $600 million payment the company will receive up front.

The company can also keep all of the $600 million even if it closes the facilities. The state’s deal only lasts until 2031, so the company could eliminate jobs at the plants any time after that without giving the state its cash back.

And the deal contains an extra provision that, as long as the company spends $3 billion on the plants and employs 3,200 people for at least six months, it can end the agreement early. That means GM could close the plants entirely before 2031, without giving taxpayers back their money.

The overview of the deal lists no wage requirements either. So technically, company officials could staff the plants with minimum wage jobs for six months to get to their targets, and never have to worry about repaying the state.

Legislators need not assume nefarious intent on the part of state administrators or the company. But they also ought to be careful about getting into a situation they did not anticipate. Legislative appropriations committees need to offer their consent for the deal to be approved and can send administrators back to the drawing board. And they should. There are too many ways by which they might end up paying for jobs that do not stick around.