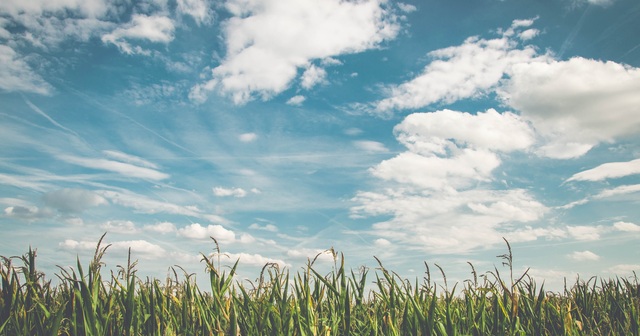 Food production must remain a priority

Before blocking fertilizer use, we need to ensure we’re producing enough to eat

The Great Lakes are a central part of Michigan’s identity, so when they are threatened by pollution, Michiganders take notice. For decades, pollution and agricultural runoff have impacted the Lake Erie watershed.

The real problem of ag runoff has prompted tighter controls on fertilizer. Michigan restricted the use of phosphorous fertilizer on residential and commercial lawns in 2012. Communities around the country have imposed bans, and calls for federal restrictions are common. Despite the negatives associated with runoff, fertilizers are essential to keep food production up. There are also reasons for optimism about the status of Lake Erie and our other waterways.

A River on Fire

In 1969, a heavily polluted pile of wood and trash floating in the Cuyahoga River, an Ohio tributary of Lake Erie, was ignited by sparks from a passing train. Historical records indicate that the Cuyahoga has been on fire “at least a dozen times” since the late 1800s. A burning river was just one example of the environmental challenges that spurred the environmental movement and encouraged congressional responses like the National Environmental Policy Act.

NEPA was passed in 1970 to “manage environmental risks and regulate various sanitary-specific policies.” It also helped solidify the role of the Environmental Protection Agency in overseeing environmental compliance across the nation. NEPA’s passage was followed soon after by the Clean Water Act of 1972, which amended the Federal Water Pollution Control Act of 1948 and required that states begin cleaning up heavily polluted waters, like the Cuyahoga.

Since 1969, the Northeast Ohio Regional Sewer District is reported to have spent over $3.5 billion cleaning the river. That clean-up effort has been effective. There hasn’t been another fire, and more than 40 species of fish have returned, including sensitive fish such as trout and pike. While floating piles of burning garbage are no longer a concern, there are other issues still impacting the Great Lakes region.

Lake Erie has been a major hotspot for pollution for several decades. Each summer, phosphorus and nitrogen from agricultural runoff flow into the relatively shallow and warm water of the lake. This “excessive nutrient enrichment,” or eutrophication encourages the rapid growth of algae. Some species of algae can quickly expand into “harmful algae blooms” or HABs that produce cyanotoxins, block sunlight, and clog the gills of aquatic organisms. When they die, their decomposition consumes the oxygen in the water, creating dead zones that kill or drive away fish and other aquatic species.

The cyanotoxins from these HABs can also cause serious human health issues including stomach and liver illnesses, breathing problems, neurological disorders, and elevated risks of death for young children and infants. As recently as 2014, Toledo residents were warned by city officials to avoid drinking water from Lake Erie. Algal blooms can also have extensive impacts on the economy. NOAA reports that algal blooms cost around “$82 million in economic losses to the seafood, restaurant, and tourism industries each year.”

On a positive note, total phosphorus levels in Lake Erie have been slowly declining due to “recent improvements in point source discharges.” These reductions have been partially slowed “by recent increases in nonpoint source loads that may in turn be due to increasing trends in precipitation and river discharge.” Today, agricultural runoff from fertilizer makes up 71% of the total phosphorus inputs into the lake.

Historically, food production has often been limited by the amount of nitrogen and phosphorus in the soil. The creation of synthetic fertilizers has allowed crop yields to more than triple in both developed and developing countries. Reducing fertilizer use would have a host of unintended consequences. For example, in his 2001 blockbuster, “The Skeptical Environmentalist,” Bjorn Lomborg reported that a 45% reduction in synthetic fertilizer use would decrease nitrogen runoff by 20%, but would increase the price of corn by 28%, barley, wheat and oats by 12-14%. Consumers would have to pay roughly $2.9 billion more each year.

In his 2012 paper, “Nitrogen Cycle and World Food Production,” Vaclav Smil critiqued inefficient agro-management and wasting of crop residues, which cause “overall nitrogen efficiency of the global food system to be no more than 15%, the U.S. rate no better than about 12%.” In a previous paper, Smil pointed out that 30% of the nitrogen and phosphorus plants get from synthetic fertilizers ends up in crop residues which are used inefficiently or burned. Smil argued they should instead be put to beneficial uses, such as restoring soil and mitigating soil erosion — both of which could help to reduce runoff and allow for reduced demand for fertilizers.

Addressing agricultural runoff is complicated, and there is no simple fix. But a new book by Alex Epstein, “Fossil Future,” provides some insight on a possible answer. Epstein discusses the error of “calling for the elimination of something based on its side effects without considering its massive, life-or-death benefits.” When considering solutions to agricultural runoff, it is important to keep in mind the benefits as well as the costs that accompany the use of synthetic fertilizers. While they do impact the nation’s waterways, fertilizers are also vital for feeding human populations and for reducing land use. The negative impacts of stopping their use far outweigh the potential positives. Instead, we need to look to creative solutions such as those promoted by Smil, which would help reduce impacts associated with their overuse.