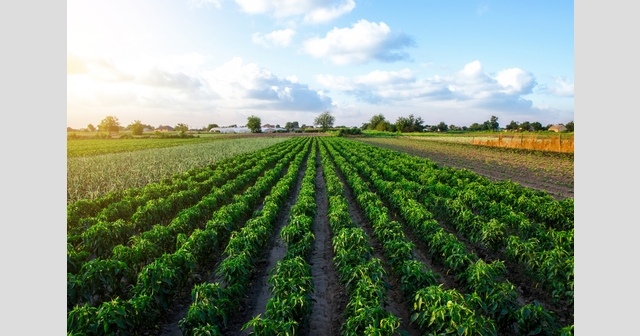 So why are we trying to ban it?

Half of the people on Earth are alive today thanks to nitrogenous fertilizers made of and with natural gas.

So why are governments at home and abroad scrambling to cut off humanity’s natural gas supply?

Michigan Gov. Gretchen Whitmer has spent years trying to shut down the Line 5 natural gas pipeline – precipitating an international disagreement that puts the state in conflict with both the Biden administration and the Trudeau government. Other natural gas projects in the United States have been attacked, shut down, or blocked, while investment in oil and gas is also under fire.

The Dutch and Canadian governments plan to cut fertilizer usage significantly despite heavy backlash. The leadership of Sri Lanka curtailed fertilizer use – until massive crop failures helped fuel an economic crisis and a popular uprising that toppled the government.

United Kingdom Prime Minister Rishi Sunak recently brought back the country’s moratorium on hydraulic fracturing, during an energy crisis that leaves thousands of Britons at risk of freezing to death. Meanwhile, an estimated four trillion cubic meters of natural gas sit unused under the English countryside.

Natural gas provides many well-known benefits to society, but one of the lesser-known benefits is right on your plate. Fertilizers produced using natural gas are essential in feeding the global population.

An estimated 44 percent of the world’s people were consuming food produced with nitrogen fertilizers in 2000, according to an article in Our World in Data. That percentage had risen to 48 percent by 2008. The article, which summarized findings published in Nature Geosciences by scientist and policy analyst Vaclav Smil, estimated that by 2015, three-and-a-half billion people were alive thanks to these products.

The United Nations reported in November that the eight-billionth person had been born. Extending the numbers just discussed, that means approximately four billion people are alive today thanks to nitrogen fertilizers.

How is this possible?

The Haber-Bosch process, the main method for industrial synthetic nitrogen fertilizer production, uses the nitrogen found in the atmosphere and the hydrogen from natural gas to make ammonia. “Approximately 60% of the natural gas is used as raw material,” an article in Fertilizers Europe explains, “with the remainder employed to power the synthesis process.”

The result is synthetic nitrogenous fertilizer, which, when combined with selective crop breeding and various forms of chemical protection (herbicides and pesticides), significantly improves crop yields. As Smil noted in a 2011 article for the journal World Agriculture, fertilizers and other related advances have “more than tripled the average U.S. wheat yields during the 20th century.” Smil found yield multiples of 5.8 for France and 3.8 for China. In the United States, corn yields alone “rose more than five-fold,” while rice yields in Japan “increased nearly three times.”

“By 2025 more than half of the world’s food production will depend on Haber-Bosch synthesis, and this share will keep rising for at least several more decades,” Smil explained.

That is not to say that nitrogenous fertilizers are without downsides. Critics correctly point out that fertilizer runoff from agriculture can lead to eutrophication, where the nutrients from the fertilizer runoff work too well and lead to algae buildup (known as algal blooms) on the surface of bodies of water. The algae block sunlight, killing underwater plants. When the algae die, bacteria break them down in a process which can remove oxygen from the water. These algal blooms can foster a toxic environment for the organisms that live in these bodies of water, as well as the people who wish to use them.

Another problem is the emission of nitrous oxide, a naturally occurring but powerful greenhouse gas. In 2020, nitrous oxide only made up 7% of greenhouse gas emissions. However, the warming force of each molecule is 230 times larger than CO2. On top of that, it lasts in the atmosphere for around a century – shorter than CO2, which can last centuries, but longer than methane, which only lasts around a decade.

However, while these problems should be taken into consideration, regulators should also take the benefits of nitrogenous fertilizer and the tradeoffs of anti-natural gas policy into account. Mandating reductions in fertilizer usage is not prudent. Good policy must consider environmental tradeoffs while keeping food production a priority.

This more nuanced approach is necessary, because the situation is not as bad as it is often portrayed. Nitrous oxide occurs naturally and is an important part of the nitrogen cycle. Atmospheric nitrous oxide is increasing at a limited rate, according to a paper published by the CO2 Coalition in November 2022. The doubling time for nitrous oxide in the atmosphere is described as around 400 years.

“For current growth rates, the contribution of N2O [nitrous oxide] to warming is only about 6% that of all greenhouse gases,” the authors noted, warning in their conclusion:

To continue to feed the world’s growing population without mineral and natural fertilizers, agricultural areas would have to increase and encroach on native habitats, which could have remained untouched with rational use of fertilizer. The result would be more environmental stress, not less.

This sentiment is echoed in a 2010 study published in the Proceedings of the National Academy of the Sciences USA, which found that “while emissions from factors such as fertilizer production and application have increased, the net effect of higher yields has avoided emissions of up to 161 gigatons of carbon … since 1961. … Further yield improvements should therefore be prominent among efforts to reduce future GHG emissions.”

In other words, gains from higher crop yields allow more food production on less land. Yield gains balance, or outweigh, the effects of nitrous oxide added by that fertilizer use. These higher yields feed half of human life on this planet.

Knowing this, attempts to decrease fertilizer usage and production make little sense. Nitrogenous fertilizer should be the subject of a proper cost-benefit analysis. When the benefits* of using natural gas-derived fertilizers are compared with the costs of restricting their use in the name of climate mitigation, it quickly becomes clear that mandated reductions are dangerous.

There are environmental costs associated with fertilizer use. But those are more than balanced out by advantages that include one benefit governments can’t afford to ignore: Nitrogenous fertilizers enable four billion people to eat.

*Food production is not the only area that relies upon natural gas; in fact, its benefits are plentiful, ranging from electricity generation to the production of the plastics that are ubiquitous in modern life. To find out more, see “The Truth About Natural Gas: A Wellspring for the U.S. and Global Energy Future,” a new paper published in collaboration with The Empowerment Alliance and Northwood University’s McNair Center for the Advancement of Free Enterprise and Entrepreneurship.