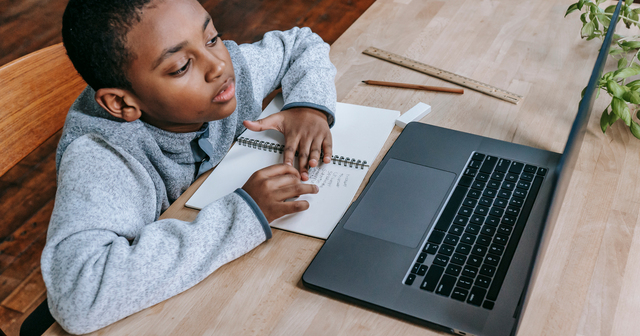 Disadvantaged Students Harmed the Most by Remote Schooling

Time is now to fund families to restore lost learning

The recent Bridge Michigan headline was hardly startling: “Michigan students forced online by COVID learned less than those in schools.” But given that the headline appeared during a new wave of closed classrooms in some of the state’s more populated areas, it unleashed a greater sense of urgency.

The new Michigan State University report highlights a series of negative effects on student achievement that should unsettle anyone who cares about educating the upcoming generation. Researchers found that each month without in-person instruction increased the share of students “significantly behind grade level” by 0.9 percentage points in math and 0.5 percentage points in reading.

MSU researchers also found that economically disadvantaged pupils fell further behind their more affluent peers in academic skills due at least in part to remote-only instruction. That happened, even as students across the board learned at a slower pace during last school year.

There is little consolation in knowing that Michigan has plenty of company. The conclusion offered in a rigorous analysis of 12 other states’ education outcomes could also apply to the Great Lakes State: “The data here suggest that there were considerable declines in test scores overall during the 2020-21 school year, and these declines were larger in school districts with less in-person instruction.”

Some of the districts where student achievement has fallen furthest behind are also among those that recently made a full return to remote schooling for days, or even weeks, after the holiday break was over –districts like Detroit, Flint and Lansing. Those districts also are taking in some of the largest chunks of federal COVID funds. We similarly observed last year that districts opting for prolonged closures received more federal largesse. But the extra heaps of cash are not being used to give most learners the extra help they need.

The clear picture of suffering student achievement, as outlined above, would be considerably murkier without a state requirement that schools give students benchmark tests at the beginning and end of the 2020-21 academic year. It was included as part of the Legislature’s August 2020 “Return to Learn” bill package, signed by Gov. Gretchen Whitmer. The latest MSU report and its August predecessor depended on that data for their analyses.

The diagnosis may be painful, but it’s better for policymakers and educators to be aware of the extent of the problem so students can get the treatment they need. The question then remains: Who will be put in charge of deciding what will be done to help remedy the widespread achievement setbacks?

We should not expect the damage can be quickly undone, nor that educators ought to carry the burden alone. Parents have a role to play in stepping up to ensure that getting their children’s education back on track is a top priority. For state officials, that means funding families so they can make decisions about the most promising path to ensuring we let Michigan kids learn.