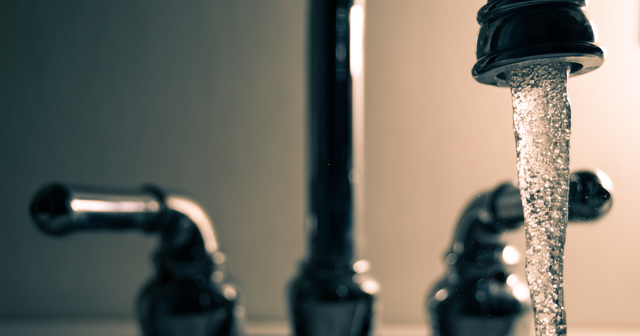 Politicians promised Flint would be a one-time mistake, but similar concerns have appeared in Benton Harbor only a few years later.

The challenges of managing aging infrastructure led, in the words of one journal, to “oversights and missteps combined with inherent chemical conditions” that allowed a “historic water crisis” in Flint. Has government oversight now also failed the people of Benton Harbor?

After being appointed as emergency manager for the city of Flint in 2013, Darnell Earley claimed to have simply implemented the water management plan established by his predecessors. That plan called for Flint to stop taking its water from the Detroit Water and Sewer Department and to begin pumping water from the Flint River. The plan was to treat the water at the Flint Water Service Center until a new water pipeline from Lake Huron was completed. Earley argued, according to one news account, that he lacked the authority "to second guess or to invalidate the actions that were taken prior to [his] appointment."

But research published in the Journal of American Water Works Association explains how city officials, like Earley, were warned that the aging Flint plant lacked the expertise and equipment to safely treat the water. The journal notes that the plant “had not been fully operational in almost 50 years,” was “understaffed, and some of the staff were undertrained.” Testing to determine appropriate treatment methods was incomplete and for unspecified reasons, the plant did not use chlorination after filtration or fluoridation until summer 2014. Results from previous testing, completed in 2002, described the water as “particularly difficult to treat with seasonal variation between high organic load and high magnesium hardness.”

The results of relying on the Flint River and the Flint water treatment plant were, at the last, unfortunate: over 40% of the homes tested early in the water crisis had “first draw” tap water samples with a lead concentration of 5ppb or higher. The federal action level for lead is 15 ppb. If lead exceeds that level in 10% of water samples, water providers must take action to reduce lead levels. But early sampling indicated that “several samples” from homes in the city had levels at greater than 100 ppb. One sample was over 1,000 ppb, despite having been collected after “45 seconds of flushing.” Research completed by Michigan State University, the Michigan Department of Health and Human Services, and the Greater Flint Health Coalition estimates that as many as 140,000 people were exposed to lead contaminated water for as long as 18 months.

Additionally, concerns over varying levels of chlorine in water samples contributed to the discovery of fecal coliform, as well as the third-largest outbreak of Legionnaires disease in U.S. history, which left 12 dead. One group of researchers has called the causes of the outbreak “unresolved,” but it also points out that “results from numerous causal inference tests implicate changes in water quality, as reflected by changes in free chlorine residual, in the City of Flint as responsible for the outbreak.”

Attempts to address chlorination issues proved ineffective. They led to over-treatment, which then resulted in high levels of trihalomethane, also known as TTHM in the water. TTHM forms when chlorine, added to disinfect municipal water systems, reacts with organic matter in the water. High levels of TTHMs are associated with “negative health effects such as cancer and adverse reproductive outcomes.” Despite increasing evidence of contaminated water, municipal authorities and the state Department of Environmental Quality did not adequately address, and in some cases even disputed, the idea that there was a problem until the EPA became involved in October 2015.

Flint was a powerful reminder of the potential for government mismanagement of essential services to harm residents. Some are asking, however, if that reminder was sufficient.

Documents filed by the Michigan Department of Environment, Great Lakes, and Energy with the state Court of Claims argue that the agency responded within five days to initial reports of increased lead concentrations. A March 2021 EGLE news release also described state efforts to advise Benton Harbor residents “how to protect themselves by taking actions ranging from running their water in the mornings prior to first use to obtaining a lead reducing water filter.” EGLE provided residents with water filters, increased monitoring for lead and copper, “installed corrosion control treatment technology at its water plant in March 2019” and had “begun the process of replacing an estimated 3,000 lead service lines still in service.” The above-noted court documents also describe how EGLE helped the city as it pursued a $5.6 million EPA grant to pay for replacing lead service lines.

Benton Harbor’s mayor, Marcus Muhammad, said the city was focused on addressing the issue, but noted that the size of the task was overwhelming limited budgets. The $5.6 million grant, he argued, covered less than a quarter of the estimated $30 million needed for the work. Categorizing his city as a “creature of the state, and the state [as] a creature of the federal government,” Muhammad appeared unable to offer Benton Harbor residents a solution.

Citizen and activist groups said that all levels of government should have acted with more urgency. In September 2021, an assortment of environmental and civic groups filed a petition, asking the EPA to issue an emergency order under the Safe Drinking Water Act. An early October response from the EPA said that federal regulators were collaborating with city, county and state officials to “ensure there is prompt action to address the community’s public health needs.”

Following on the heels of that federal response, a mid-October 2021 executive directive from Michigan Gov. Gretchen Whitmer required a “whole-of-government response” to replace the city’s lead service lines “with the urgency and haste this threat demands.” Whitmer set an aggressive 18-month deadline to address the safety issue. A few days later, the Benton Harbor City Commission declared a state of emergency.

The state of Michigan has provided funds for upgrading infrastructure, set aggressive deadlines for replacing service lines, and the Biden administration has discussed more protective regulations and advocated a large infrastructure bill. But Flint resident Rev. Allen Overton remains skeptical: “When you have a system in place where nobody is held accountable, how are people going to act differently? I mean you poison an entire community and not one person went to jail. What signal do you think that sends across this country?”

Citizens suffer when the governments responsible for overseeing essential infrastructure cannot or will not do their jobs. Aging infrastructure, improper management, and poor regulatory response all add up to difficult decisions about priorities. Both Flint and Benton Harbor demonstrate that citizens have few options when government managers fail to do their jobs. State and federal regulators prove insufficient to protect residents when city officials can’t figure out how to treat water, despite state and federal rules, oversight and enforcement. Residents need stronger recourse to get their elected officials at all levels to do their jobs.