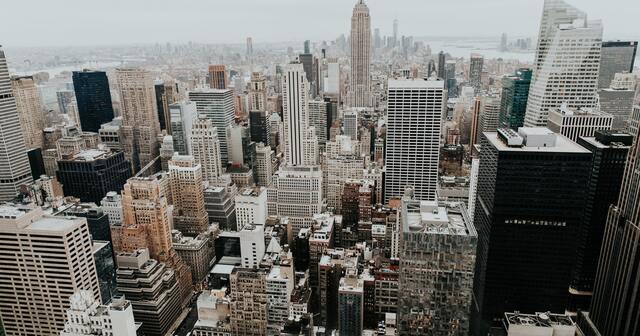 Editor's Note: This article was first published in The Hill on September 18.

Throughout the pandemic, politicians repeatedly have claimed the mantle of science for themselves, sometimes as a cudgel to wield against others. But if science is important, why do so many politicians ignore the economic one? President Biden consistently says he will “follow the science,” but the economic policies he wants for the country are, in the eyes of economic science, deeply harmful.

Last Tuesday, the Canada-based Fraser Institute released its Economic Freedom of the World (EFW) rankings of 165 countries. Its annual report — now with data through 2019 — attempts to objectively measure the economic freedom of nations and quasi-independent economic systems around the world. The United States is ranked sixth; Hong Kong is ranked as the most free, and socialist Venezuela as the least. I expect the U.S. rank will tumble in coming years, given the policy choices that Congress has and could adopt.

The EFW index was born of a discussion among economists — including the late Nobel laureate Milton Friedman — about how best to objectively measure economic liberty and investigate its consequences. The index today is built around five major areas: government size, property rights and the legal system, sound money, residents’ ability to trade with other nations freely, and the “regulation of credit, labor and business.” Each area contains subcomponents. For example, “size of government” includes several measures of public spending and top marginal tax rates.

A nation’s ranking in the freedom index tends to go hand-in-hand with measures of its well-being. For example, the citizens in countries in the bottom quartile of the freedom index have average annual incomes under $6,000. In the most-free countries, the average is over $50,000. Further, freer countries have less income inequality — share of income belonging to a nation’s poorest people is higher in nations with more freedom. The infant mortality rate is lower in countries with higher economic freedom and life expectancy. Links between economic freedom and positive outcomes are more than coincidental.

Scholars have used the Fraser Institute’s dataset for additional research. Those academic papers — there are hundreds of them — form a robust literature on associations between economic freedom and well-being. A 2014 literature review of 198 academic papers that used the EFW dataset found that two-thirds reported positive results from freedom, such as “faster growth, better living standards, more happiness, etc.” Only 4 percent of papers found negative links.

Given this economic science, it is frustrating to hear so many in Congress buy into bigger spending, higher taxes and profoundly coercive regulation such as the PRO Act. The net effect of each of these on economic freedom would be negative.

Biden’s American Rescue Plan Act of 2021 alone adds $1.9 trillion to America’s spending burden, and that comes hard on the heels of former President Trump’s last $900 billion pandemic-related spending bill. None of this is yet accounted for in the Fraser index. In addition, the Biden administration and too many members of Congress are trying to pass a $3.5 trillion spending bill, and they want to raise taxes to help finance it. All of this adds up to a restraint on economic freedom.

Meanwhile, the PRO Act would, among other things, abolish right-to-work laws — freely adopted by 27 states — favoring unions and trampling states’ decisions about their own labor policies. A right-to-work law simply means no worker can be compelled to financially support a union as a condition of employment. A great deal of scholarship shows that right-to-work states economically outperform states that favor compulsory unionism.

In 2013, Ball State University economist Michael Hicks and I investigated the impact of right-to-work laws and found that between 1947 and 2011, adopting a right-to-work statute lifted real personal income growth in the average state by 0.8 percentage points. So, if growth would have been 2 percentage points and it leapt by 0.8 percent, right-to-work would represent a 40 percent increase in the average growth rate of personal income. Other studies also show positive impacts. Repealing these broad-based laws would harm the nation’s “regulation” score on the Fraser index.

Politicians often claim to care about science. The economic one provides a guide to the best policies for helping the most people. The EFW index and related research tell us that policies being offered in Washington will do more harm than good.