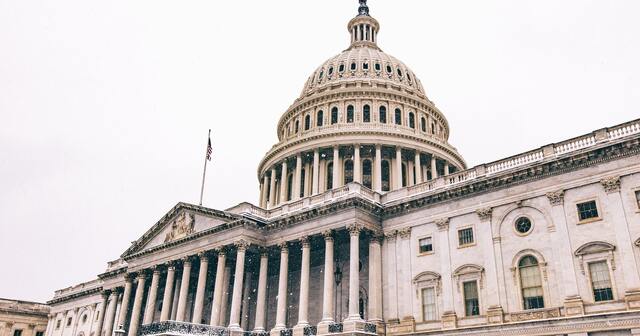 Politicians in Washington are on the cusp of adopting another colossal spending bill, borrowing $1.9 trillion from our children and grandchildren. Congress is likely to send the legislation to President Joe Biden tomorrow. It is particularly galling that it is being sold as a COVID-19 relief bill when so much of it is completely unrelated to the needs of responding to a pandemic. So far, the bill is very partisan: Not a single Republican in either chamber voted for it.

State and local units of government are set to receive $350 billion in new federal dollars. This, of course, is not the first pandemic-related federal largess handed down. Indeed, by one measure, it is the sixth and follows hard on the heels of a $900 billion relief package passed by the Trump administration in December — much of which has yet to be spent.

Of the new spending under discussion, Michigan governments, including schools, could receive billions. State government alone would receive $5.7 billion with fairly wide discretion on how it is spent. It is meant to help address tax revenues lost as a result of the pandemic, even though previous bailouts and a surprisingly robust economy have already helped to make the state budget whole. When state lawmakers spend this new windfall, they must take extreme care to minimize waste in the short run and avoid fiscal damage in the long run.

The risk is that lawmakers may use these new Biden bucks for binge spending. They’ve done that before and even without federal support. Two examples include “Christmas Tree” budgets and Master Settlement Agreement dollars. The latter was the result of legal action taken against tobacco companies by states. The agreement mandated more than $200 billion be paid out to states by four companies over the first 25 years, with more to follow. Michigan appropriates at least $75 million a year from its share of these payments on wasteful spending, such as demonstrably ineffective corporate welfare initiatives.

With another $5.7 billion coming through Congress, it is incumbent upon Michigan’s lawmakers not plow this money into ineffective programs, either new or existing ones. Corporate subsidy programs are a great case in point. As a candidate, Gov. Gretchen Whitmer promised to ‘unleash’ the Michigan Economic Development Corporation. With new billions to spend, she apparently has the resources now to realize her dreams. It would be unwise, however, given repeated failures of MEDC programs, such as MEGA, film incentives and the Pure Michigan tourism promotion program.

These aren’t the only bad ideas that abound, but it is pretty clear from the spending histories of state capitols that billions could be frittered away on unfair favors and counterproductive programs if lawmakers don’t practice restraint. How might they do so?

The bad news is that the current bill prohibits states from using the funds for lowering tax rates, so letting people and companies keep more of what they’ve earned appears to be foreclosed. In addition, the legislation prohibits states from paying down pension debt with this money, something that would put states in a healthier financial position and save money over the long term. (This, even while other provisions of the bill bail out pension systems for labor unions that are on the verge of insolvency.)

If state lawmakers have to devote this money to something, here are two priorities: shore up the state’s budget stabilization, or “rainy day,” fund and spend more on roads and bridges.

Michigan’s rainy day fund was designed as a way to set aside state money to prepare for recessions that cause a significant drop in revenues. By having money set aside for a rainy day, the state is in a better position to endure fiscal storms by making withdraws from the fund when necessary.

If the state set aside an amount equal to just 15% of the $24.267 billion in revenues in the General Fund and School Aid Fund for this fiscal year, we could use the new federal funds to add roughly $2.75 billion more than is currently in the rainy day fund. The Senate Fiscal Agency says that there is an estimated $873.6 million there already. So, the total amount in the rainy day fund could reach a healthy $3.6 billion. A full rainy day fund would strengthen our state’s credit rating and reduce borrowing costs.

Lawmakers can also put more money to road and bridge maintenance and repair. According to state transportation administrators, funding levels are currently enough to put roads together only as fast as they fall apart. Extra federal spending could put the state on track to gradually improve overall road quality. There can also be positive economic development consequences to doing that as well — certainly more than funneling the money through the state’s corporate welfare apparatus to hand out to a few favored businesses.

The federal government is going to drop billions more on the state for a fiscal recovery that has largely already occurred. State lawmakers must use this money wisely and not fritter it away on new or existing ineffective government programs.