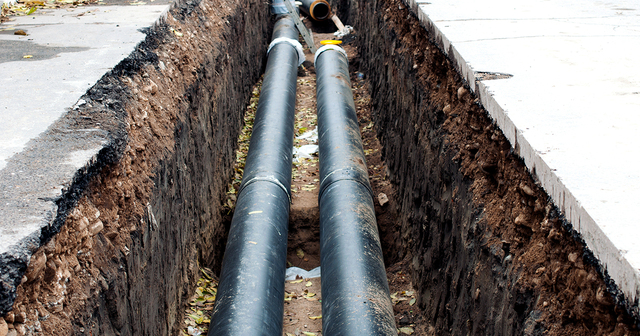 Expanded choice and reduced prices good for everyone

Michigan cities and towns could do with more competition in the types of piping used for infrastructure development and upgrades. Currently, Detroit, East Lansing and Grand Rapids, among others, have limited upgrade options to a single material: ductile iron. This keeps competitors like polyvinyl chloride, or PVC, out of the market and could increase infrastructure costs for Michigan taxpayers.

Senate Bill 157 has been proposed as a way to fix this issue. This bill would require local governments to consider the use of all types of piping materials that meet industry standards when building public water or wastewater projects. The bill does not impact local governments’ ability to select a certain type of material for their projects, but they must at least consider all options. Options are what drive competition and competition pressures companies to improve their products and reduce their prices. In short, competition is good for everyone involved.

Proponents of PVC piping argue that it’s a better choice because it’s not affected by corrosion. Corrosion is said to be the major cause of water main failures. PVC sellers also argue that its long lifespan — upward of 100 years — leads to a corresponding reduction in repair and replacement costs.

On the flip side, proponents of ductile iron argue that it is more temperature resistant and durable, meaning it is easier to transport and harder to damage during installation. They also note the inside diameter of ductile iron piping is larger than other piping options, meaning it has a great capacity to transport water. Ductile iron proponents argue that PVC piping sacrifices “high mechanical strength, rigidity, hardness, and high chemical resistance.” The Ductile Iron Pipe Research Association claims that ductile iron pipes can last 150 years while PVC pipes last 50 years.

Both sides have small libraries of case studies and counterpoints to back their claims, meaning this can be a difficult decision, and city managers will need to do their homework. But allowing managers the option to choose means they have the opportunity to make the best decision for their individual circumstances and their city.

Indianapolis, for example, used to face high wastewater costs and experienced regular water main breaks. After competitively pricing its upgrades, the city reduced costs and decreased water main breaks. Pleasanton, California and Schenectady, New York, went through the same process and had similar experiences. In these three cases, cities that relied on competitive bids in their infrastructure upgrades saved money.

American Chemistry Council research estimated that with expanded competition, Michigan could save 27 to 34 percent — up to $114,154 per mile of piping — regardless of what material is used. Saving money on water infrastructure repairs and upgrades is important for Michigan, given that we are still working to fix a 30-year-old backlog in wastewater infrastructure repairs.

Opponents of Senate Bill 157 argue that requiring governments to shop around more will be costly, “interfere with sound engineering judgment” and hamper efficient management. But supporters of the bill point out that it does not require a change in a final decision; it simply requires more than one option be considered. A fiscal analysis of the bill points to an “unknown fiscal impact” and suggests there would be no additional savings, “assuming that public entities already review options for piping materials.” But the fact that some Michigan cities currently do not allow for a review of options is the impetus behind the discussion and bill.