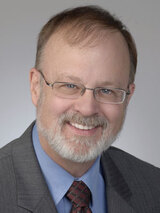 Dr. Burton Folsom Jr. retired from Hillsdale College after teaching there since 2002. He also previously served as a senior fellow in economic education for the Mackinac Center for Public Policy.

For the Mackinac Center, Folsom has authored dozens of widely reprinted articles about Michigan's rich and varied past as well as a 1997 book, Empire Builders: How Michigan Entrepreneurs Helped Make America Great. His other books include Urban Capitalists: Entrepreneurs and City Growth in Pennsylvania's Lackawanna and Lehigh Regions, 1800-1920 (1981); The Myth of the Robber Barons: A New Look at the Rise of Big Business in America (1991), now in its sixth edition; New Deal or Raw Deal?: How FDR's Economic Legacy Has Damaged America (2008); and FDR Goes to War (2011), which he co-authored with Anita Folsom. He also has edited two volumes, The Spirit of Freedom: Essays in American History and The Industrial Revolution and Free Trade. His work has appeared in major newspapers and magazines including The Detroit News, The American Spectator, and The Wall Street Journal. He blogs at BurtFolsom.com.

Folsom received his Ph.D. in American history from the University of Pittsburgh.

The Importance of Real Equality

Why Did Free Gas Create a Public Stink? (Viewpoint on Public Issues)

Why Did Free Gas Create a Public Stink? (General Article)

Is There a Statesman in the House? (Viewpoint on Public Issues)

Is There a Statesman in the House? (General Article)