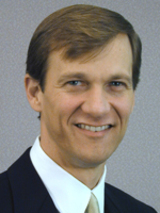 Thomas A. Shull is vice president of the National Charter Schools Institute. He previously was the senior director of research quality for the Mackinac Center for Public Policy. He joined the staff as senior editor in July 2004 after working for four years as senior analyst at the Coldwater Corporation, an Ann Arbor firm headed by the late political pollster Robert M. Teeter. The company’s activities included co-producing the regular NBC/Wall Street Journal survey of public opinion.

Prior to that, Shull was for four years a member of The Detroit News editorial board, writing unsigned editorials and editing book reviews. His work has won awards from the Michigan Associated Press, Detroit Press Club Foundation, Michigan Press Association, and Education Writers Association. Shull was also the Michigan executive director of the Heartland Institute, a Chicago-based think tank that had an office in Detroit in the early 1990s.

Shull’s interest in free-market issues was spurred by his three-and-a-half years as a teacher for the U.S. Peace Corps in Tanzania, a country of wonderful people, abundant resources, socialist economic policies and grinding poverty. While in Tanzania, he met and married his wife, Ann, a Canadian working as a physical therapist at a local hospital. They now live in Midland.

Shull received his degree in mathematics and graduated with “Honors in the Liberal Arts” from The Ohio State University, where he was a varsity gymnast.

By Thomas A. Shull

A Life in Perspectives

A Welcome First Step in Holland