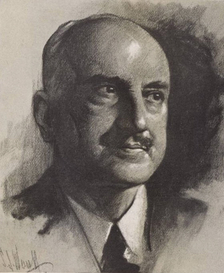 The philosopher George Santayana wrote, “Those who cannot remember the past are condemned to repeat it.” How sad, but how convenient, when the resulting waste involves other people’s money.

Wayne County’s Allen Park recently made headlines by requesting a state financial review team from the Michigan Department of Treasury — a step that could lead to the city’s takeover by an emergency manager. Allen Park’s previous leadership deserves blame for bringing the city to this juncture, but the state Legislature deserves some as well. By ignoring Michigan’s distinctive state history, legislators invited cities like Allen Park to repeat the mistakes of past. Sadly, state lawmakers may be poised to do so again.

This decision ultimately set Michigan apart. Courts in other states permitted such government investments in business, as did the U.S. Supreme Court. Yet the precedent held in Michigan through case after case into the 1960s, withstanding bitter and relentless attacks.

Many problems contributed to Allen Park’s predicament, but a proximate cause was the city’s response to the Michigan Legislature’s ill-conceived Michigan Film Incentive. This program has provided tax rebates and huge subsidies to film productions and film studios located in Michigan.

Allen Park city officials, spurred to believe the city could be an attractive site for a major movie studio, rashly spent $25 million on an old Visteon property as they courted a private studio investor. The purchase was funded by the sale of bonds without voter approval. After the private investor’s withdrawal, the city found itself burdened with bond debt and struggling to remain solvent.

Michigan’s governments have been here before. Michigan’s first constitution, adopted in 1835, instructed the Legislature to develop and finance “internal improvements,” leading to a disastrous experience with state-sponsored railroad and canal building. Unfinished projects and heavy losses led to oppressive public debts and burdensome taxes. In 1850, frustrated state voters reversed course and adopted a new constitution that explicitly prohibited state work in “internal improvements” other than “public wagon roads” and a couple special cases.

Perhaps predictably, this new constitution did not prevent state legislators and private interests from trying again. In 1864, the Legislature passed Public Act 49, which permitted local governments to use their credit to facilitate construction of a privately owned railroad from Detroit to Howell. The project ended up in court when Salem Township and a railroad company fell out over the issuance of bonds to finance the project.

In 1870, the case found its way to the state Supreme Court, where the public act itself was found unconstitutional. Writing for the court, legendary Michigan Justice Thomas Cooley invoked the 1850 constitution and further observed that private railroads were not like public roads: The railroads’ primary purpose was private profit, and the benefit to the public, however large, was “secondary and incidental,” just like the public benefits of other private enterprises. Thus, he wrote, the railroad served an inherently private purpose, and taxes for private purposes violated “the first and most fundamental maxim of taxation,” since taxation is inherently public.

This decision ultimately set Michigan apart. Courts in other states permitted such government investments in business, as did the U.S. Supreme Court.

Yet the precedent held in Michigan through case after case into the 1960s, withstanding bitter and relentless attacks in court battles involving not just railroads, but streetcars, marsh drainage, sugar beet subsidies, corn subsidies, a factory reconstruction and a subsidy to the Detroit Museum of Art. The precedent was even recognized in drafting the Michigan Constitution of 1963; on at least three occasions, state constitutional delegates declined to allow economic development programs like the Michigan Film Incentive. Only brazen judicial activism subsequently destroyed the private-public distinction so carefully crafted during Michigan’s formative experience as a state.

Last year, the Legislature limited the size of the Michigan Film Incentive payouts and restricted state subsidies for new studio deals like the one that seduced Allen Park. Unfortunately, news reports indicate that Gov. Rick Snyder and legislative leaders now plan to double the size of the program; how this might affect the studio provision is unclear.

During some of its greatest decades, Michigan forswore such programs — a policy forged by powerful minds responding to the lessons of history. Would that our own leaders responded that way now.

Michael D. LaFaive and Thomas A. Shull are, respectively, fiscal policy director and senior editor at the Mackinac Center for Public Policy, a research and educational institute headquartered in Midland, Mich. Permission to reprint in whole or in part is hereby granted, provided that the authors and the Center are properly cited.