Beyond brooms, burgers and buses 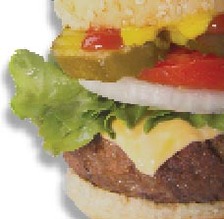 The changing face of competitive contracting for Michigan’s public schools has moved well beyond the tried-and-true methods of custodians, food service and transportation. It now encompasses administrators, coaches, paraprofessionals and substitute teachers.

According to Michigan law, a school district only has to directly employ two positions: superintendent and classroom teacher. Everything else is negotiable.

"We live in a competitive society," says Bernie Pelc, a former superintendent and founder of Professional Contract Management Inc. "People are basically free agents, and they can work for whatever district they want. People want to work for the best, a place that gives them the chance to be creative."

Pelc founded PCMI in 1995 after retiring from education. He realized that many former superintendents and other school administrators, who had started their careers right out of college at age 22, were retiring in their early 50s with 30 years in and a pension to collect.

"A lot of them were retiring and moving out of state, because they were still young," he said. "They were taking a lot of knowledge, history and talent with them."

This method can benefit both sides of the equation – schools and people – because neither is beholden to third-parties or outside entities. Employees can collect their pension and retiree health insurance, while continuing to work in a field they enjoy and get paid for it. The district gets to tap into a wealth of knowledge and work with the person they feel is best qualified for the job, rather than having to employ someone who is protected by collective bargaining. The two parties negotiate a salary based on what the market will allow, and both sides benefit.

Pelc works with individuals and school districts to match them up, but has expanded over the years to much more than just administrators.

"Superintendents and principals may be the biggest dollar in terms of savings, because they tend to get higher salaries," he said. "But there are so many areas that districts have."

Pelc said his firm handled contracts for about 800 workers during the 2005-2006 school year, but only 98 of them were administrators.

"Aside from supers and teachers, the law classifies everyone else as supplemental and complementary," Pelc said. "There are janitors and cooks and bus drivers, as well as substitute teachers, clerks, even athletic coaches."

A district can expect to save about 23 percent if they choose to sign a contract with an administrator, Pelc said. That’s because since an administrator is paid at a higher salary, the benefit contributions are at a higher the percentage. If the person is not a direct employee of the district, it avoids having to pay those costs. The Michigan School Employee Retirement System is a defined benefit program, whereby schools pay a percentage of each employee’s salary (more than 17 percent currently) into the system, and the system is then required to pay each retiree a set amount. That differs from 401(k)-type retirement plans that most workers are familiar with, which allows the employee the freedom to decide how much money to set aside, often with some form of match by employers.

Savings for substitute teachers and coaches range from 7 to 11 percent, while savings on secretaries is just over 12 percent, Pelc said. Although each person signs an individual contract with the school district, and the district is not liable for benefits, PCMI makes available a wide range of those same benefits for workers to purchase, such as health, dental and vision insurance and a 401(k).

"Each person is looking for something different," Pelc said. "Every contract has its own little twist to make it personalized."

Two other companies, Workforce Strategies Inc. and Professional Educational Services Group, have found niches with substitute teachers, handling everything from recruiting to training to coaching to payroll. WSI’s Education Staffing Division, headquartered in Kalamazoo, has contracts with 55 school districts and covers more than 2,600 subs.

"Some places just do payroll, but we’ve formed our nucleus around an entire substitute teacher management program," said Dave Bergland, president of the WSI Education Staffing Division. "We handle everything the districts used to do, at a savings for them."

Contracting services for substitute teachers can save school districts anywhere from 7 to 12 percent, according to the two companies, which can then be put back into classrooms in the form of teacher salaries and equipment.

"We look at the skill set of substitutes and then go beyond that," Bergland said. "We detail who is available and when, who wants to work in certain districts, certain schools, even certain classrooms. If we have 10 substitutes with the same skills set, we’ll find the one who really wants to be in that classroom."

Galloway said the system makes life easier for substitute teachers, especially those who work in large counties such as Kent or Ottawa that have multiple school districts.

"We reduce 20 stops down to one," he said. "The applications, the W2 forms, the payroll checks, it all comes from one place."

"That’s a lot better than a principal or assistant principal having to disrupt their day to go fill in," he said.

Both WSI and PESG also offer an a la carte selection of benefits, should a substitute teacher want to take advantage of it.

"Sometimes people will complain that by contracting with a private company, the subs are losing the benefits they had with the school," Galloway said. "That’s not something schools offer to substitute teachers in the first place, so they’re actually gaining something with us."

This school year, Pelc estimates he’ll deal with about 1,500 people, well over 100 Michigan school districts, and a $9 million payroll.

Because the firm deals with districts across the state, Pelc said he takes an approach that "a job pays what a job pays," meaning he lets the local market determine what a person will be paid.

"The school saves money based on the costs, not the salary," he said. "There’s no reason to try and make salaries uniform all over the state. No one wants to hurt the employees."

When it comes to groups of employees, Pelc said he has no desire to take over entire bargaining units.

"Usually we set it up so that we only handle new employees," he said. "The savings to the district is so much, that they then offer a financial incentive for current employees to join us. They often split the savings with employees. About 80 percent of the people join PCMI."

When it comes to something like substitute teachers, PCMI usually adopts whatever system a district already has in place.

"Some have automated calling, others have their own person," he said. "The districts continue to handle the intake and selection of subs. I want them to pick qualified people they feel comfortable with. But we can handle the payroll, the scheduling, things like that."

Pelc said not all workers he deals with are employees. He keeps a database of people and districts across the state, in order to match the two sides with the best possible fit.

"Sometimes a person will call me and say they want to move to a different part of the state, and do we have anything available," Pelc said. "There is no cookie cutter formula. It’s what fits best."

Although many union contracts stipulate that members have first rights to athletic coach positions, Pelc said some 40 percent of high school coaches in Michigan are not on a school district staff. For them, signing a contract with PCMI can save them money, since they accrue no benefit when a school district pays a portion of their salary into a school employee retirement system from which they will not collect.

Despite protests from groups that cannot impose compulsory dues on people who choose to contract with school districts, Pelc said this method is the wave of the future. Districts can use the savings to direct money back into classrooms, whether it be in the form of more teachers, higher salaries for teachers, new textbooks, improved technology or retiring debt.

"It’s all about options, having the tools to be more effective and efficient," he said. "When you spend less money on X, you have more to spend on Y, with Y being the youth."