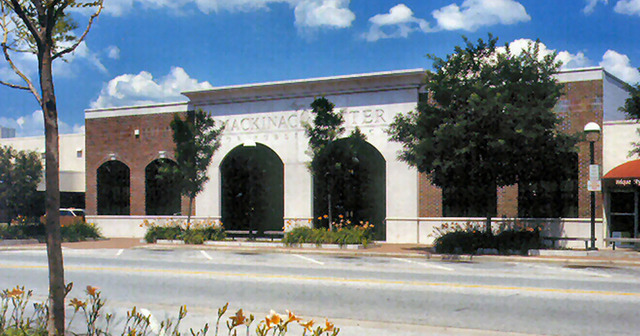 This year the Michigan-based Mackinac Center for Public Policy celebrates its 30th anniversary. What started out in 1987 as an experiment grew into one of the nation’s largest and most influential state-based think tanks. Although our methods have evolved over time — once a traditional white paper shop, we’re now a multifaceted change agent — we’ve never wavered from our guiding principle: Freedom makes all the difference.

Mackinac’s been a leader among state-based think tanks for decades. We’ve trained more than 600 think tank executives from 47 countries, landed three Roe awards and developed the popular theory of change known today as the Overton Window — named after our late vice president, Joe Overton, the namesake of another SPN award. The Mackinac Center is a state think tank with a national reputation and an international following.

Fresh off our founding, we jumped into the education reform debate and fervently advocated for giving parents more control over their children’s schooling. Shortly thereafter, in 1993, Michigan adopted a charter school law, and today, parents of more than 150,000 students enroll their children in charters.

We’ve also helped the state get its long-term costs under control. Like most states, Michigan offered pensions to public employees but failed to adequately fund them. In 1997, the Legislature followed our recommendation and closed Michigan’s state employee pension system, saving taxpayers billions over the last two decades. And then earlier this year, we helped close the massively underfunded school employee pension system too.

Arguably our largest policy win was making Michigan a right-to-work state. We made this case consistently for nearly 30 years, before it was popular or even thought possible. The Legislature passed a right-to-work law in 2012, an unlikely development without the Center’s commitment to worker freedom. Now hundreds of thousands of state employees, teachers and other workers no longer have to pay money to a union just to keep their job.

In addition to our policy research, we’ve also successfully litigated to protect Michigan families against government overreach. The most notable of these examples is the SEIU’s “dues skim,” which allowed this government union to literally steal money from some of our most needy residents. We exposed this racket and eventually got it shut down, and thanks to our effort, other states and the U. S. Supreme Court followed suit.

We’ve had other successes along the way. We remain the only consistent voice in Michigan opposed to corporate welfare. The Center has helped kill off several of these ineffective programs over the years, something not many other states can brag about.

And then there’s our educational outreach. On behalf of Michigan voters, we’ve described in plain English every bill that’s been introduced since 2001 — more than 25,000 of them — on our website MichiganVotes.org and now through our app, Votespotter. And we’ve provided similar easy-to-understand explanations of dozens of ballot proposals to help Michigan voters make better-informed decisions at the ballot box.

Even as we celebrate our success over the years, we remain focused on the future. Optimists seem in short supply, but we’re continually inspired by our vision of a better Michigan. Looking out at the next 30 years, when Michigan is a freer and more prosperous state, what will have happened?

Michigan will maximize human capital, eliminating obstacles to attracting and developing talented people and entrepreneurs. The state’s business environment will encourage innovation by leveling barriers to work and regulatory drags on productivity. Tax policy will be a fair field with no favors.

Local governments will have eliminated the long-term liabilities of unfunded pensions and retiree health costs that would have overwhelmed future taxpayers. The default compassionate safety nets will be organized and driven by civil society and private philanthropy rather than state-run programs. Education will look less like a factory assembly line and more like Pandora, Uber or Netflix — customized for the individual user.

But we couldn’t achieve this vision alone. Key partners made the Mackinac Center’s success possible and we expect to continue and expand those types of partnerships in the years to come. We want to thank our donors and board members for their generosity, farsightedness and commitment to the principles of freedom, as well as our partners and allies throughout the State Policy Network, who come together to make a coalition stronger and more effective than any single organization could be.

In the 1980s, there were few organizations in Michigan talking about the benefits of free markets. We’re proud of having contributed to making Michigan a freer and more prosperous state over these last 30 years, and we look forward with cheer to the next 30.