Should State History Magazine Become a Thing of the Past? 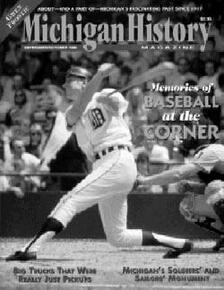 Michigan history needs no mandate from the state to be recorded fairly and accurately. Despite this fact, state officials produce a full-color glossy on Michigan's past and pass some of the costs on to state taxpayers.

Privatization can help officials improve many public services while simultaneously cutting costs. Even so, the idea of privatizing core government functions such as police and court services remains controversial with most citizens and policy-makers.

But there are many things government does that most people would agree could be safely entrusted to the private marketplace. Case in point: the production and distribution of Michigan History magazine.

is a state-produced bimonthly periodical, established by statute in 1913 and first printed in 1917 as a scholarly journal for the purpose of recording Michigan history for posterity. It evolved into its current magazine-style format with pictures and illustrations in 1978.
Opponents of privatizing Michigan History by ending its state production outright may object that a private alternative would impose higher subscription costs on its readers.

The magazine charges $16.95 for six issues annually and has nearly 34,000 paid subscribers. The cost of producing the magazine in fiscal year 1999 was just over $517,000, while the revenue generated by the magazine from subscriptions and the sale of merchandise (coffee mugs, booklets, t-shirts, etc.) exceeded $539,000.

At first glance, it appears as though the magazine is profitable enough to operate without state assistance. Unfortunately, however, the magazine is subsidized because its employees are compensated for their work from Michigan's "General Fund." The General Fund is a component of the state budget from which legislators may spend with the greatest discretion.

Richard Rosenstreter, editor of Michigan History, notes that the staff also has other duties, including the production of a newsletter, brochures, booklets, and posters. While the actual taxpayer resources for this project are comparatively small, the principle involved is large: If it is proper for the state to produce a glossy magazine to record and promote Michigan history, then what, if anything, is it not proper for government to do? Is there a point at which taxpayers and policy-makers can say, "being in this business is none of our business?"

The state used to produce Natural Resources, a publication dedicated to Michigan hunting, fishing, and other outdoors activities, in direct competition with five private outdoors magazines. Proponents of Natural Resources argued that private magazines must appeal to a large audience in order to stay in business and that reduces the type of specialty features one finds in state-subsidized magazines. By letting the state produce magazines, they argued, readers can enjoy articles on narrower topics in which few have an interest. But this is direct evidence against, not for, state involvement in the magazine business, as policy makers realized when they shed their responsibility for producing Natural Resources magazine.

The same logic applies to Michigan History. Is it not fundamentally unfair to force a majority of Michigan taxpayers to subsidize articles on the mating habits of the yellow-bellied sap sucker, for instance, when such articles appeal to only an extremely narrow audience? Should the state also produce automobile or skydiving-specific magazines? What about magazines on good parenting and housekeeping?

Apart from the fairness principle, there is another powerful argument for the state to get out of the magazine business, and that is politics. Writing in state-produced magazines is likely to be hostage to the political whims of the editor (and his board, which may be appointed by the editor). This may be the case in private magazines, but the fact that private magazines receive funding voluntarily from a wide variety of sources ensures a diversity of opinion. State-subsidized maga
zines, by contrast, may be expected to exhibit only "government-approved" views, as that is the side upon which their bread is buttered.

Finally, state involvement in recording Michigan history is unnecessary because there is no shortage of historians graduating each year from colleges and universities. Most of these men and women go on to conduct and publish research of some sort, including research on Michigan history for public and private universities, for-profit publishing companies, and nonprofit foundations for every interest group in Michigan: professional historians, casual readers, and students at every age and skill level.

Opponents of privatizing Michigan History by ending its state production outright may object that a private alternative would impose higher subscription costs on its readers. That is probably true, but the increased subscription price would only reflect the true cost of producing the magazine, to be directly borne by only those who want it.

As business consultants regularly advise their clients to focus their resources on their core missions, so government can best direct its energies into services that the broadest range of citizens traditionally expects from government, such as police, fire protection, and the court system.

At the very least, it can leave publishing magazines to the vibrant and free marketplace of ideas.

Anna Stephens is a research intern with the Mackinac Center for Public Policy. 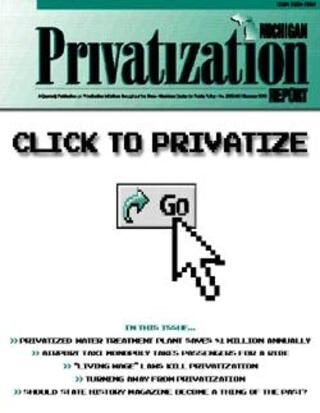