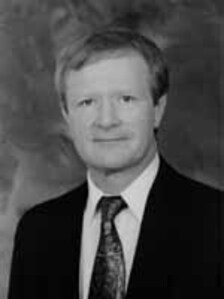 Gerald A. Pound, a former public school district superintendent, is president of Beyond Conventional Thinking, Inc.

Robert Byrne once said, "There are two kinds of people, those who finish what they start and so on . . . ."

Similarly, there are two kinds of institutions in the world: those that meet and overcome challenges head-on and those that do not. Unfortunately, when it comes to the challenge of meaningful reform, public education, from the Legislature to the classroom, has usually proven to be in the "and so on" category.

One example of public education's unfinished job of reform is its unwillingness to eliminate antiquated and obsolete laws, regulations, and policies, such as teacher tenure. Tenure is a holdover from a bygone non-unionized era, and it's high time to abolish it so that critical and essential improvements to public education can proceed.

The tenure concept itself is a product of the bureaucratic, static, monopolistic, hierarchical, and generally incentive-less structures that have defined public education for over 100 years. As such, tenure has been and is a legal, cultural, and philosophical block to reform, and there are several reasons why we should eliminate it.

The first reason is that teacher tenure is redundant. Numerous federal and state statutory protections already exist to guarantee due process for teachers who are experiencing employment-related difficulties. In addition, union contracts provide, through their grievance and arbitration procedures, a first line of defense for most of the contentious issues a tenured teacher could face. Most districts also offer an appeal process directly to the school board for employees who feel that they have been wronged, providing them still another forum in which to be heard.

Tenure is also poor policy for financial reasons. Since taxpayers ultimately pay teachers' salaries-which are then partially transferred to unions through the dues collection process-citizens bear the full costs associated with negotiating and maintaining labor contracts. The same line of reasoning holds true for the statutory and legislative protections, as the taxpayer pays for the union to defend or support teachers in judicial actions. Since the tenure system is redundant, the resources expended implementing it could be better directed toward the classroom.

Third, tenure actually acts as a disincentive for some teachers to do more than meet the minimum expectation of their professional roles. The vast majority of teachers require no incentives to excel-although they deserve them-and tenure protections mean little to such teachers. However, for those who operate in the land of mediocrity, tenure is a great benefit. The school district can neither truly force lackadaisical teachers to meaningfully improve nor can it afford to sever their employment. As a result, kids who deserve the best education possible inevitably are shortchanged.

It may be objected that tenure provides protection for all teachers, especially outstanding teachers who take risks in their classes to push student learning to higher levels, against the wishes of boards and administrators fighting to maintain the status quo. However, this is rare. A full-term, protracted teacher tenure discharge case may cost a school district $250,000 to $500,000, according to attorneys who handle such matters. It is not something that school boards and administrators would enter into lightly in order to "punish" a fine teacher.

Finally, the most important reason to abolish tenure is simply that it discourages change and improvement. Because it is costly and cumbersome, it is a silent anchor on the public school system whenever it tries to make progress for kids, staff, and the community at large. Protecting mediocrity in public schools, already under siege to improve, is neither appropriate nor intelligent policy.

Anyone who is even remotely aware of the pressures coming to bear on public schools from parents, students, media, community members, and others would also have to question whether sustaining a burdensome, redundant set of laws, rules, regulations, processes, and bureaucracies is sound policy in today's emerging competitive educational environment. It's time to repeal Michigan's Teacher Tenure Act.

MER featured Dirk Koorstra's "Tenure protects good teachers, too." His commentary can be viewed at www.EducationReport.org.
Previous Section | Next Section