Vouchers give poor students a chance 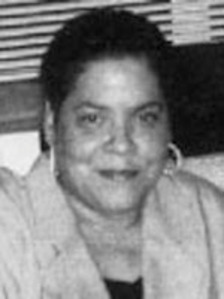 Virginia F. Walden-Ford is the Executive Director of D.C. Parents for School Choice in Washington D.C.

This article is being republished to highlight National School Choice Week.

Four years ago I was a single mother with a son in 9th grade. When my son started having problems in and out of school, I knew I did not want him to attend Roosevelt High School, a Washington, D.C. public school that had (and still has) a lot of problems of its own.

Thanks to a neighbor's financial help, I was able to send my son to Archbishop Carroll High School, a private, parochial school, where his grades immediately began to improve. My son still may be "at- risk," but he is in a safe environment where he is learning, he is on his track team, and he is thinking about college.

In l997, President Clinton vetoed a bill to give 2,000 low-income D.C. parents the same chance my son is getting. The bill would have provided as much as $3,200 per year to send poor children to a school of their choice. As someone who has seen what a difference sending my child to a private school has made, I know that this bill would have benefited many parents who face problems similar to those that I faced with my son.

Unfortunately, arguments against the bill focused on the need to fix the public schools. I am all for saving the system, but I don't want to sacrifice my child in the process. Those who think that saving the system should take precedence over an individual child don't know what it is like to see a child begin to act like a hoodlum because of his school environment. They don't understand that good alternatives are out there for most low-income children-and at a price that is often less than the cost of educating that child in a traditional public school.

Some people worry that poor mothers don't have the knowledge it takes to decide what is best for their children. That offends me. I work as a mentor with many low-income parents, and I know that being low-income doesn't mean caring any less about a child's education. It doesn't take a Ph.D. in education to figure out that a child is going down the wrong path by hanging out with gang members and performing poorly in school. Parents shouldn't be blamed for a school system that doesn't know how to teach children.

Critics say my support of vouchers puts me in the same camp as right-wing conservatives. I am a lifelong Democrat, and I am not sure when the Democrats decided that siding with the poor and the needy is no longer part of their platform. School choice empowers parents, and I don't care who is behind it, Democrats or Republicans.

However, I do worry when Democrats think that spending more money on education is the only answer to problems in the schools. Washington, D.C. spends between $7,000 and $10,000 for every child in its public schools. To demand even more funding while continuing to produce terrible test scores is unacceptable.

In l998, 41 percent of D.C. public school 3rd-graders and 53 percent of 10th-graders performed below basic level on the Stanford 9 Achievement Test. Math results were even worse: 89 percent of 10th-graders scored below basic. Even though test scores slightly improved in l999 for 3rd-graders in both reading and math, over 50 percent are still not proficient. For 10th-graders there was no improvement in math and in reading only 20 percent scored basic or above. With a record that abysmal, I don't see how anyone can think spending more money on public education is the answer.

As someone who has experienced what school choice can mean to a family, I know that Michigan's Kids First! Yes! voucher proposal will give those parents who desperately need options the chance to get their children out of failing schools and send them to schools that will meet their individual needs. Testing teachers in their subject areas will also ensure that children are learning from knowledgeable people who can give them the best instruction possible.

Critics say that choice may not help every child, but if it means saving one child who would otherwise end up in jail or drop out of school, I think it should be given a shot. The way I see it, those who oppose vouchers-despite all their high-sounding rhetoric-show that they don't really care about low-income parents and even less about their children.