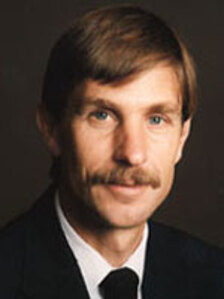 Gary Wolfram, Ph.D., former member of the Michigan State Board of Education, is George Munson Professor of Political Economy at Hillsdale College.

Many education reformers today like to use student scores from standardized exams, such as the Michigan Educational Assessment Program (MEAP) test, to evaluate schools' progress in improving education. Tests certainly can be useful tools of measurement; however, there are several reasons why the MEAP is of questionable effectiveness when it comes to weighing how successfully school districts are meeting the needs of students.

The primary reason to be skeptical is that the whole construct of MEAP-driven reform is based on a flawed paradigm and a flawed system. Ninety percent of K-12 educational services in America are provided through government-funded schools. What we call the "public school system" is actually a political system that itself determines what is taught, how it is taught, and how well it is taught, without much reference to the needs and desires of the parents and kids who use the system. Unlike services that are delivered through a voluntary market process, education as a government monopoly yields no indicators to provide a direct measurement of how well schools are serving their customers.

This process does not work for K-12 schools because the vast majority of them are owned and run by the government. Since there are large barriers to entering the K-12 school market-most conspicuously the fact that citizens have to pay for government schools whether they use them or not-customers have very limited choices, a fact that makes it difficult for them to switch to other providers if the product is not good. Since we cannot observe customer response, how can we tell if the $14 billion spent annually on Michigan's government-produced K-12 education is put to good use? The answer, so far, has been testing.

Using tests to measure school quality sounds reasonable enough-until we think about how the testing is done. The government produces the tests, so by definition the tests will be designed and scored through a political process. Now suppose for a moment the tests are completely reliable in testing the knowledge of students, something that is far from certain. There is no mechanism to ensure that what knowledge the bureaucrats design the test to measure will be what parents want their children to know. In fact, it is fair to say that close to zero percent of parents have ever seen one question on the MEAP test. So what the MEAP system actually tests is what the legislature or bureaucrats wish to have tested.

The MEAP test can provide us with rough information about what students know in certain subject areas, and this might be useful information. Studies that compare different state measures of school accountability usually rate Michigan's MEAP tests relatively highly. However, the MEAP is at best a flawed attempt to solve a problem that requires a more fundamental solution. We must change the delivery system of K-12 education to one where parents decide what is best for their children and where entrepreneurs can enter the market and provide quality educational services when the needs of parents are not being met. Only then can we truly provide an intelligent answer to the question, "Are schools improving?"