All Parents Want to Improve Their Children's Education 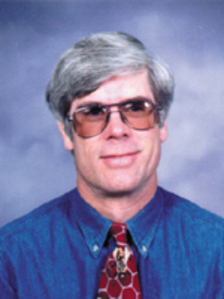 Bill Harlan has taught mathematics and history for six years at the International School (est. 1996) in Farmington Hills, Michigan. He holds a master of arts in teaching from Wayne State University and a bachelor's degree in marketing from Michigan State University.

Will Vouchers Leave Some Children Behind?

Opponents of K-12 school vouchers believe allowing parents to choose their children's schools will foster a system that "leaves some children behind."

The concern seems to be that the children who take advantage of vouchers will be the best and the brightest and that when they depart, only the poor and the slow will be left, to be ill-served by a second-rate public system.

But under the voucher plan currently being proposed for Michigan, only students attending failing schools will be afforded the opportunity to use a voucher to attend another school. Do voucher opponents dislike the idea of parents finally being able to do something about poor quality schools? Or are they happy with a situation in which everyone is forced by the system to stay at the same, mediocre level?

Are we after academic excellence or academic leveling? Is an education system that teaches everyone at the same academic level the only "just" one? Or would it be more just to give the gifted a chance to do better?

Even public educators have rejected "academic democracy," a notion prevalent in the 1960s and 70s. In the ensuing two decades they have established many programs for "gifted and talented" students, with no detectable damage to our democratic values. Do voucher opponents believe students not enrolled in "gifted and talented" programs have been "left behind?"

Of course, everything I have said so far takes the voucher opponents' assertion at face value: namely, that only the best and the brightest students will use vouchers to leave failing schools. Even if that is the case, what is wrong with gifted students having a chance to fully develop their gifts?

However, the best and brightest students are not necessarily the only ones who will use vouchers. Why would parents of the best students take advantage of an opportunity to improve their children's education, while parents of poorly performing students yawn at the chance to improve what the public schools have failed to fix?

Voucher opponents seem to believe parents of poorly performing students don't really care about the quality of education their children receive, and would therefore not take advantage of a voucher. On the other hand, they seem to think that parents of the smarter students are the ones who do care, and therefore would use a voucher.

While it is agreed that there may be some statistically significant convergence-good parents/good student, bad parents/bad student-I see no reason why this must be the case, much less why it should be true in the majority of cases.

In fact, I would go so far as to say that all parents-whether of gifted students, poor academic performers, or all shades in between-would leap at the chance to be able to shop around, find out which school best fits their child's needs, and send their child there.

Vouchers would enable parents to take their education dollars (previously confiscated by the state as taxes) and go shopping. If parents wish to enroll their child in an alternative school, or a Montessori School, or an excellent public school across town, or in a school that otherwise delivers instruction in a manner consistent with the parents' ethical, moral, or religious beliefs, then so be it.

Unfortunately, to some, including many in the public school system, that last idea is beyond anathema: It is their most dreaded nightmare. Why? Because, for whatever reason, they seem to believe parents are incompetent to decide where their own children should go to school. To them, the state has become some sort of omnipotent power that is supposed to make all the great decisions for everyone.

What too many people in today's public school system have forgotten is that parents-not the state-have primary responsibility for educating their children. If the state is entrusted with that job, it is only because parents first entrusted the state with it. If the state fails to do the job, then parents can reclaim their educational responsibility at any time.

Which is better for the common good? All the children in a failing school having to stay there because there are no choices? Or all of those children being given the opportunity to use vouchers to find schools best suited to their unique human needs?

I think the answer is obvious.

Bill Harlan has taught mathematics and history for six years at The International School (est. 1966) in Farmington Hills, Michigan. He holds a master of arts in teaching from Wayne State University and a bachelor's degree in marketing from Michigan State University.