Vouchers Will Benefit a Few at the Expense of Many 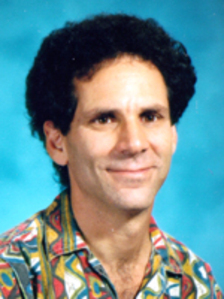 Lee Burton is in his twenty-third year of teaching for the Hartland Consolidated Schools. In 1979-80 he received the Outstanding Young Educator Award and in 1991 was named Elementary Reading Teacher of the Year by the Michigan Reading Association.

Will Vouchers Leave Some Children Behind?

From the moment the doors of any private school open, students are left behind. This is their nature; enrollment is selective and exclusive. With private funding this is an option, but with public funds, a crucial question must be asked: Will the common good be served?

For public schools the answer is yes, for they are inclusive. They hold all persons of equal worth and offer equal opportunity. They protect each and every student from private interests of both a religious and non-sectarian nature.

For voucher schools the answer is no, for they serve private interests. Our public school system alone serves the proud notion of the common good, an ideal fundamental to our democracy dating back to our birth as a nation.

The American experience began with Revolution-era leaders formulating a government that would best serve its future citizens. Through compromise, a system was agreed upon and a constitution ratified. The debate was contentious; at its center was the common good. The purpose of every law justly written has been to promote the common good, from the Bill of Rights onward. Though our laws at times place controversial restraints upon individuals, our present society could not endure without this notion of the common good. It is a core democratic value and a benchmark of the social studies curriculum taught to all public school students in Michigan. These values are the ties that two centuries ago bound together diverse peoples and pointed them in the direction of greatness, the modern American state, the leader of the free world.

These core democratic values have passed through generations, transmitted through public discourse, by the family, and, perhaps most importantly, by public schools. These common values are vulnerable to those who hold personal interests over the common good. We must protect this ideal and our public schools from any compromise.

There is no question as to the quality of America's free and public system of education. It is a monumental success. Our nation has the greatest economy in the world. We lead the world in many areas of technology, medical research, industry, and countless other fields. We finance freedom and humanitarian causes around the globe. Americans win Nobel prizes and other honors at a noteworthy rate. These are not signs of a failing educational system.

It is true public education faces great challenges. Through the doors of our schools pass children who lack security, proper nutrition, and health care, whose parents need treatment for drug abuse. These are children known to be at risk, yet as a nation we do not adequately provide programs necessary to counter these risks. Such children often fail in our schools. Yet they are not the failure of schools. They are a signal of the danger of the failure to provide for the common good.

Vouchers, if approved, will open a Pandora's box and will not serve the common good. A federal judge recently ruled that in Cleveland the voucher system violates a basic American value, the separation of church and state. There is concern that vouchers will stratify further an American populace already divided along economic, racial, ethnic, and religious lines. Vouchers will place a serious financial strain on Michigan's public schools, which will lose hundreds of millions of dollars while still being obliged to provide services such as special education to voucher students.

What will vouchers offer? An opportunity to attend private religious schools at public expense. Will vouchers offer a better education? There is no conclusive evidence to support this notion, and voucher schools will not be held to curricular standards set by our state government. Voucher schools will not be obliged to provide support services required of public schools to children with special needs. They will have no obligation to admit those who wish to attend. In short, they will not be responsible for the common good.

If our public school system was failing; if options were unavailable, the clamor for vouchers would be understandable. But this is not the case. Many private and religious schools as well as publicly sanctioned charter schools presently exist. What vouchers will provide is public money for private education-perhaps a religious education-outside of the oversight of public scrutiny, in schools that serve private interests rather than the common good.

Our nation is a melting pot, a statement of truth both profound and significant. We must not become Lincoln's house divided by creating isolated communities within our nation. In the words of Martin Luther King, "We must learn to live together as brothers or perish as fools." The common good was a worthy goal in 1776. It is a worthy goal in the year 2000. It is a core value of our American democracy. It is at the heart of the American public school experience, an experience that has helped create a great and formidable nation.

Lee Burton is in his twenty-third year of teaching for the Hartland Consolidated Schools. In 1979-80 he received the Outstanding Young Educator Award and in 1991 was named Elementary Reading Teacher of the Year by the Michigan Reading Association.