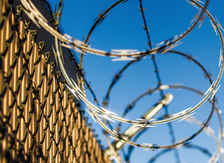 What will it take to upend the status quo on a long-standing legal practice in our state? We’re about to find out.

For centuries, courts have had to decide whether to release or detain criminal defendants before their trial. In weighing that decision, they often require defendants to post a cash bond, which has two purposes. One is to keep potentially dangerous people from society. Another is to ensure that anyone who is a criminal defendant will show up at trial.

But Michigan’s method of dealing with criminal defendants awaiting trial is
ill-structured to achieve those purposes. It operates on outdated and incorrect assumptions about the factors that predict when a defendant is most likely to be arrested again or fail to appear in court. Equally harmful, it is based largely on the defendant’s ability to pay, which results in unfair outcomes for those charged with a crime and unsatisfactory outcomes for the public.

New research has shown us better ways to achieve the goals we have set for bail. Getting all the parties whose job involves working with bail to agree on what to do next, however, will be a challenge, particularly if we want to give a priority to both public safety and fairness.

To that end, the Mackinac Center’s criminal justice initiative has produced a paper on the ins and outs of bail here in Michigan. It explains how the process works and why it should be reformed. It also shows which states offer good models for reform and recommends specific changes to help us develop a fair and efficient way of handling defendants who haven’t yet been tried.

Here’s just one interesting fact from the paper: Judges in Michigan don’t have to hold a hearing before deciding whether to let someone post bail, or, if they allow bail, how much it will be. Instead, they can issue “interim bond schedules” — documents that list bail amounts for a variety of crimes, much like a restaurant menu. Furthermore, judges can let law enforcement officers collect this money directly from the people they arrest, rather than escort them to court for their own bail hearing. In Midland County (where the Mackinac Center is based), anyone arrested on misdemeanor charges must pay $125 to be released from police custody.

Setting a blanket bail amount creates two problems. First, it ensures regressive outcomes that have an outsized effect on people who are unable to pay. If they’re too poor to come up with the money, they risk a host of collateral consequences, including loss of employment, loss of housing, loss of child custody and a greater likelihood of an unfavorable legal outcome in their case.

Second, the use of interim bond schedules — the “bail menus” described above — does not have a positive effect on public safety, and may even have a negative one. In Midland County, someone charged with a crime involving assault might go free if he can afford to post bail. Someone charged with a nonviolent, very minor crime, meanwhile, might be stuck in jail, which is disruptive to the community and expensive for taxpayers.

The problematic practice of bond schedules is just one of several important issues that the paper addresses. We want to encourage policymakers to act on its recommendations, so we held a policy roundtable event the same week it was released. We invited circuit and district judges and magistrates, sheriffs and chiefs of police, representatives from the counties, prosecutors and defense attorneys and policy scholars and advocates. Many participants have said they look forward to the opportunity to develop a fair, modern and efficient pretrial process.

Other states that decided to pursue a broad consensus for reform took months to do so, and we’re prepared to do the same. By providing a tool for understanding and a forum for coalition-building, we’re ready to see this opportunity through for a safer and more prosperous Michigan.