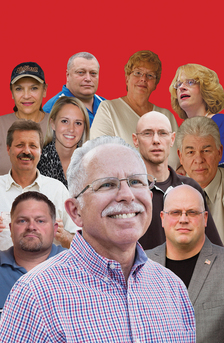 In its June 27, 2018, decision, Janus v. AFSCME, the U.S. Supreme Court ushered in a new era for public employees. In a 5-4 decision, Justice Alito — writing for the majority — asserted that public employees have First Amendment rights to freedom of speech and association that protect them from being forced to pay a union just to keep their jobs. The Court’s decision in favor of Mark Janus overturned the 1977 Supreme Court decision in Abood v. Detroit Board of Education, permitting government unions to forcibly collect fees or dues from public employees. But last month, the court said its Janus decision ends the “windfall that unions have received under Abood for the past 41 years.” That windfall, it continued, had led to “billions of dollars [being] taken from nonmembers and transferred to public-sector unions in violation of the First Amendment.”

In many ways, the Janus holding has the practical effect of making all government workers right-to-work. The number of private and public sector workers that are unionized is almost equal (7.2 million public and 7.6 million private). Of the 7.2 million public sector workers, 2.2 million were already right-to-work, so Janus directly effects 5 million unionized government workers. Previously, those 5 million individuals had to choose between paying full union dues or, if they resigned from the union, agency fees, which are generally around 75 to 80 percent of full dues. Though Janus does not affect private sector workers, it still represents a quantum leap in freedom.

Since its inception, the Mackinac Center has championed right-to-work both in the private and public sector, in Michigan and throughout the country. This work, in concert with the efforts of other organizations committed to worker freedom across the country, helped set the stage for Janus.

As recently as 2009, the court mentioned Abood in a ruling, but not a single justice challenged its validity. In September of that year, the Center drew national attention to public sector unionism when we opened the Mackinac Center Legal Foundation and challenged a campaign to classify home-based day care providers as public employees and then unionize them. By March 2011, we freed 45,000 day care providers, many of whom were small-business owners, from the unionization scheme.

That same month, legislators in Wisconsin and Indiana fled their states in an attempt to prevent votes on labor reforms. In Wisconsin, union supporters occupied the state Capitol. A couple of months later, the Supreme Court agreed to hear Knox v. SEIU, and the majority opinion in that case — decided in June 2012 — included a lengthy section questioning Abood and the legality of agency fees.

Also in 2012, the UAW and other unions pushed for a constitutional amendment that would prevent right-to-work in Michigan and make collective bargaining agreements trump state law. The SEIU, whose efforts to take money from home health aides in a dues-skim operation had been reversed by legislation, tried to undo the law through a second constitutional amendment. In November 2012, voters rejected both proposed amendments, and in the next month, legislators turned Michigan into a right-to-work state for both private sector employees and public sector employees not working in public safety jobs.

Almost immediately, the Michigan Education Association took up aggressive tactics to make it harder for members to leave and punish those who did. The Mackinac Center Legal Foundation has been battling the MEA ever since.

In 2014, the Supreme Court decided Harris v. Quinn, which had been filed by the National Right to Work Legal Defense Foundation, and held that home help workers could not be forced to pay agency fees. The Mackinac Center amicus briefs in that case highlighted our experience shutting down the illegal home help unionization in Michigan and argued Abood should not apply to home help workers, a position the court eventually took. Harris was a 5-4 decision; the majority heavily criticized Abood, and the minority defended it.

The future of Abood was directly at issue in Friedrichs v. California Teachers Association. The Mackinac Center wrote two amicus briefs which used deep dives into government databases to show the impact on unions when a state goes right-to-work. They showed that unions could survive in such an environment. Justice Scalia’s 2016 death led to a 4-4 decision in Friedrichs, thereby giving Abood a reprieve.

The Liberty Justice Center and National Right to Work Legal Defense Foundation already had Janus v. AFSCME in the legal pipeline when the court deadlocked on Friedrichs. Their plaintiff was Mark Janus, a child-support specialist who works for the state of Illinois. Again, the Mackinac Center took a deep dive into what happens to unions in right-to-work states. In the interim between Friedrichs and Janus, the Center did a 50-state survey, and the University of Chicago Legal Forum published its results.

This hard work was rewarded when the Janus ruling cited the Mackinac Center’s brief when addressing the point that unions can survive despite right-to-work. This point was so important that the court indirectly referenced back to it three times. The court also cited other data that was originally put forward by the Mackinac Center in Friedrichs. The Center’s amicus brief discussed at length the MEA’s activity after Michigan went to right-to-work and suggested language that might foreclose some of the union resistance. Ultimately, the court held that its decision applied immediately to any agency fee payer — whether or not there was a collective bargaining agreement to the contrary.

While we are proud of the contributions we made and pleased with the court’s decision in Janus v. AFSCME, we know that unions and their legislative allies will do everything they can to blunt its effect. Once again, with your support, we will battle them, whether in the courts of law or the courts of public opinion, to help enhance freedom.