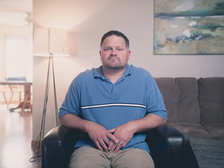 Michael Fernhout, a teacher in the Wyoming school district.

With the incredible relief provided by the victory won by Mark Janus at the U.S. Supreme Court, public employees will no longer pay either dues or fees to a union unless they choose to. Compulsory payments are a thing of the past, which is a huge victory for employees.

But what about those who are being prosecuted for not paying unions in the past? In the Roman pantheon, the god Janus had two faces because he was the god of transitions, and could, therefore, look forward and backward at the same time. But in Michigan, so far, Janus only looks forward; its implications for past actions are not yet clear. Many teachers who left their union because of the state’s 2012 right-to-work law are being pursued by the Michigan Education Association for past dues — often dues that they do not even owe. The MEA has been pushing forward with lawsuits and collection agency actions against some of the teachers who left the union, seeking dues and fees. The Mackinac Center is representing two of them.

Michael Fernhout left the union in September 2015. So it came as a bit of a surprise when the MEA sued him for not paying any agency fees for the 2015-16 school year. Still, it wasn’t a total shock when the process server tracked him down to hand him the papers saying that he’d been sued, since he had heard similar stories about other teachers. But the sting of being sued by someone who erroneously claimed that he hadn’t paid his bills still hurt.

When Fernhout left the union, his Wyoming school district had in place a new contract with the MEA affiliate, which should have made him free to leave the union with no financial obligation. Nevertheless, the lawsuit alleges that he still must pay. During a preliminary hearing, the presiding judge said that the MEA had surpassed a well-known credit card company in bringing debt-collection lawsuits to his courtroom. “What’s in your wallet?” seems to be the MEA’s new slogan.

Judy Digneit also was surprised when the MEA took legal action against her. After all, she had retired. But one day, she came to the door in her nightgown while watching the British royal wedding, only to be informed that she was being sued. The union alleged that she owed dues for the 2015-16 school year, even though she opted out of the union in 2015 — twice. Before the MCLF won a victory allowing MEA members to withdraw at any time of the year, they were only allowed to leave the union during the month of August. And Judy did leave in August, sending a letter to the union as required. But the MEA claimed it didn't receive her letter the first time, so she sent it again in September, keeping copies of both to prove she sent them.

So for public employees who wish to leave their union, the fight is far from over. Unions will put up every roadblock they can against employees who exercise their rights. And the fight for those who left a long time ago still goes on, as the union comes after them with debt collectors. Even retirees are not free from the union’s grasp. And the Mackinac Center Legal Foundation has heard from teachers who are willing to pay dues they don’t believe they owe, just to avoid the stress of a lawsuit. At least for a while, the fight goes on.