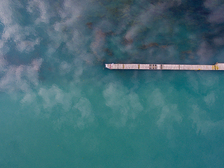 Mackinac’s Environmental Policy Initiative is making a concerted effort to reach out to a wider audience and expand the list of topics on which we are commenting. We figured IMPACT readers might like to get better acquainted with a few of the issues we are focusing on.

Electricity policy is always high on our list of priorities and one energy issue garnering headlines around the state is the “30 by 30” ballot initiative. Clean Energy, Healthy Michigan is a citizens ballot campaign proposing to increase Michigan’s recently revised renewable portfolio standard. The current law requires Michigan to obtain 15 percent of its electricity from renewable sources by 2021 — a requirement that lawmakers increased from 10 percent in 2017. The ballot campaign hopes to force Michigan to double the new requirement to 30 percent of our electricity from renewables by 2030.

Campaigners base much of their effort on the idea that renewable energy prices are competitive with, or lower than, those of other energy resources. But when you look at the contract DTE, one of the state’s two big electricity companies, signed for the Pine River wind park, near Alma, you’ll learn otherwise. It calls for Michigan residents to pay almost $60 per megawatt-hour for electricity generated by the project, compared to the $20 per Mwh price tag associated with wind production in states like Iowa or Oklahoma.

We believe forcing Michigan to get 30 percent of its electricity from less reliable renewable sources and expecting us to pay three times the going rate for that electricity is simply bad policy. For that reason, we are arguing that Michigan residents should reject the “30 by 30” push.

We have also jumped into the discussion on electric vehicles and automobile manufacturers’ plans to switch away from internal combustion engines and hybrid-electrics to fully electric vehicles. In a Feb. 1 op-ed published in The Hill, we discussed a statement from Ford Motor Co. CEO Bill Ford, who said at the Detroit auto show that he intends “to electrify even our most iconic vehicles.” He then added, “The only question is, will the customer be there with us?”

But, Mr. Ford’s comment struck a discordant note compared to the words of his competitor, Sergio Marchionne, CEO of Fiat Chrysler. In his own statement at the auto show, Marchionne noted that Chrysler builds fully electric vehicles only to comply with government mandates, not because American markets demand them.

Mr. Ford’s plans also appeared to conflict with the words of his great-grandfather, Henry Ford, who said, “The point to be remembered about the establishment of industry is that, while […] various new ideas were being developed, the people who paid for them were the people who bought. … Business grows big by public demand. But it never gets bigger than the demand.”

As Henry Ford rightly noted, business succeeds when it meets its customers’ demands. Producing products to meet government mandates, or offering products you want to sell, rather than the products your customer is demanding, is not an effective business plan.

We have also stayed active in the federal policy arena, as we were invited to attend a year-end briefing with EPA Administrator Scott Pruitt as well as the Department of Interior’s Christmas party.

Then, in a January Washington Times op-ed — co-authored with Matt Anderson of the Sutherland Institute — we discussed the need to refocus the Antiquities Act, the legislation that governs the designation of national monuments.

Our article detailed the unrest surrounding the creation of the Bears Ears national monument at the tail end of the Obama administration, and the Trump administration’s decision last December to greatly reduce the size of the initial designation. Many Utah residents, Native groups and state- and county-level elected officials believed their concerns had been ignored in the build-up to designating the area as a national monument. After the Trump administration acted, preservationist groups said the move was tantamount to stealing public lands. Taking the other side, local residents said their rights to access and use those public lands had actually been restored.

Our article also went a step beyond describing the situation to argue that seesawing national monument designations would have a profound negative impact on the management of important national treasures and natural areas. In short, it is time to restore the original, narrow focus of the Antiquities Act. So, if any “area targeted for designation as a national monument is expected to be larger than several hundred acres,” we wrote, “the designation should require the approval of Congress, as well as the state legislature and governor of the area to be set aside.” Refocusing the act in this manner would ensure any threatened sensitive national areas could still be quickly protected by presidential action. It would also ensure local voices have a say in designations of larger areas.

As we continue to consider new policy areas, we will be teaming up with the Property and Environment Research Center — PERC— to research and write on national forest management in Michigan’s Upper Peninsula. We plan to look at how interactions between private property owners and federal land managers have led to a heightened perception of confrontation over property rights and the management of public lands. Using innovative collaborative management techniques, land managers, private property owners and the general public in Michigan can work together to protect private property rights as well as our public lands.

Mackinac’s work is having an impact on these important policy issues. At the state and federal levels, Mackinac’s research and work is influencing energy development, electricity generation, transportation markets, protected areas and Michigan’s forest management.