Without waiver, it's back to the drawing board 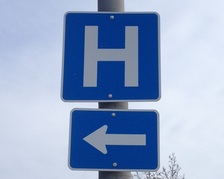 The Obamacare Medicaid expansion approved by the Michigan Legislature in 2013 may be on the verge of extinction, which could create a big problem for legislators. Unless the federal Centers for Medicare and Medicaid Services grants Michigan a waiver by the end of the year allowing the state to require some minimal copays from beneficiaries, coverage will cease next April 30 for the 600,000 people the expansion added to the state’s medical welfare rolls.

The waiver would allow the state to require some enrollees to either buy subsidized insurance on the exchange or pay up to 7 percent of the cost of HMO-like managed care Medicaid coverage provided by hospitals under contract with the state. The requirement would apply to people with incomes between 100 percent and 133 percent of the federal poverty level.

When Gov. Rick Snyder recommended that Michigan accept the Medicaid expansion, he relied on projections that it would enroll an additional 477,000 people by 2020. Critics were skeptical of the projection and warned the numbers would likely be a good deal higher.

They were right: As of September, some 600,000 adults had enrolled in an expansion that includes able-bodied, childless adults with incomes up to 133 percent of the federal poverty level.

Michigan legislators accepted the Medicaid expansion after a bitter three-sided political battle involving GOP lawmakers in favor, GOP lawmakers opposed, and grass roots GOP voters hostile to anything Obamacare. They did so on the condition that it incorporate reforms specified in the state’s waiver request. While state officials have put up a confident front regarding the prospects of federal approval, the chances were never very good.

If the waiver is rejected, it may be back to the drawing board for Snyder and a new state House. This would be a bitter pill for Republicans who endured that 2013 battle, and the prospect of having to take up a do-over Obamacare bill is sure to give heartburn to GOP lawmakers.

Even if the feds grant the state’s request, waivers represent a shaky foundation for meaningful Medicaid reforms, given that they are temporary, subject to changes in federal policy and vulnerable to judicial review.

Moreover, Medicaid remains an expensive and ineffective program, rife with perverse incentives and massive opportunity costs. As a nation and state, we can do much better.