$500 million spent with no overall increase in jobs 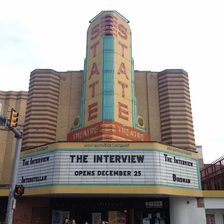 The House Tax Policy Committee voted 8-3 to end Michigan’s $50 million per year film incentive program. The vote passed House Bill 4122 out of committee and it is on to the full House.

“It’s on track to be taken up soon, but there is no firm timeline,” said Gideon D'Assandro, spokesman for House Speaker Kevin Cotter, R-Mt. Pleasant.

Passage in the House is the most immediate hurdle the legislation needs to clear, but the general view in Lansing is that if House Bill 4122 is destined to run into obstacles, it will most likely happen after it reaches the Senate.

The vote taken on House Bill 4122 in the House Tax Policy Committee took place as soon as the hearing opened. There was no discussion other than Committee Chair Rep. Jeff Farrington, R-Utica, pointing out that the bill had already received a full hearing a week earlier.

Last week, Assistant Director of Fiscal Policy James Hohman testified in front of the committee, saying film incentives are a poor use of public money.

Taxpayers in Michigan have spent about $500 million on the film subsidy program since it began in 2008. According to the Bureau of Labor Statistics, there has been no overall increase in film jobs in the state. Film incentive programs are widely seen by economists across the spectrum as one of the worst “economic development” programs governments are involved in.