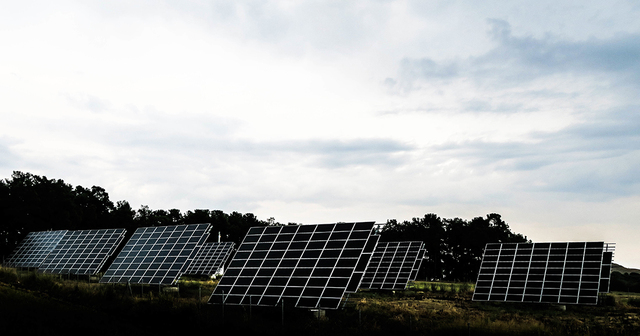 (This is the third article in a three part series that discusses major changes made by the Michigan Legislature to energy utility regulation in the state. Those changes are now enrolled in statute as Public Acts 341 and 342 of 201.)

In the closing days of the 2016 lame duck session, the Michigan Legislature passed two major bills altering the management of electric utilities and electricity generation in the state. The primary focus of the bills was to determine the best way to pay for the construction of new generation capacity, made necessary by the premature closure of coal-fueled generation across the state. The bills also dealt with the future of the state’s electricity choice program, which provides 10 percent of electricity generated in Michigan. Lastly, the bills dealt with renewable energy, including addressing concerns over the state’s “net metering” program and the expansion of the state’s Renewable Portfolio Standard.

Legislators and environmental groups lauded the completion of the electric utility bills as a major win, claiming they would “save millions of dollars a year for Michigan residents” by forcing waste reduction and mandating the construction of new wind and solar energy capacity.

The final bills increased Michigan’s 10 percent RPS by 50 percent, meaning electricity providers will now be required to produce 15 percent of their electricity from renewable sources — primarily wind and solar — by the end of 2021. However, imposing this increase is a significant setback for electricity consumers in Michigan as mandates, in place of market options, restrict choice and impose the use of more expensive and less reliable energy options.

A 2015 Institute for Energy Research study applies directly to Michigan utility decisions to partially replace existing coal and nuclear plants with new wind generation. IER found that “on average, electricity from new wind resources is nearly four times more expensive than from existing nuclear and nearly three times more expensive than from existing coal. These are dramatic increases in the cost of generating electricity.”

The final language of the bills grandfathers existing net metering customers at their current compensation rates. But, the Michigan Public Service Commission was directed to “establish a nondiscriminatory, fair, and equitable grid charge to apply to customers who participated in a net metering or distributed generation program after the bill’s effective date.”

To do so, the MPSC must complete a cost-benefit analysis to assess the cost of providing the electrical grid infrastructure distributed generators use (at a subsidized rate, compared to other customers) against the benefits their additional energy provides to all electricity consumers. How rates will change for new distributed generators when the MPSC completes its study is currently unknown.

Critics of net metering programs see them as “cost-shifting” from the poor to the rich, as net metering participants typically must be financially secure enough to qualify to lease solar panels or to afford the costs of purchasing their own. Despite their relative financial security, they receive an indirect subsidy that is paid by all other electricity consumers. Net metering opponents believe that distributed generators should pay the full price for the infrastructure they rely on to access the electricity grid. Even if these net metering participants paid these infrastructure costs, they’d still benefit from generous federal and state subsidies that artificially reduce the cost of solar panels and other renewable energy generation.

Net metering supporters argue, however, that Michigan’s two large utilities — DTE and Consumer’s Energy — are government-privileged monopolies with near complete control of the state’s electricity markets. Therefore, the subsidies and higher net metering rates are an essential means of incentivizing a more diverse generation system. In other words, until Michigan’s electricity market is freed to open competition, net metering supporters maintain that these subsidies are justified and necessary.

Whichever side one chooses to take on the net metering issue, the reality is that heavy government involvement in, and regulation of, electricity markets has a substantial distorting effect on efficient energy generation and distribution. Special protections that are afforded to a select few utilities and distributed generators discourage diversification, innovation and customer-focused service.