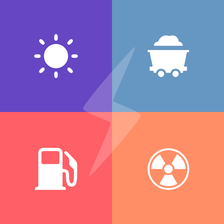 (This is the second article in a three part series discussing major changes made by the Michigan Legislature to energy utility regulation in the state. Those changes are now enrolled in statute as Public Acts 341 and 342 of 2016.)

Michigan’s two large utilities — DTE and Consumers Energy — have committed to prematurely close several of the state’s coal generation facilities. They are maintaining those plans in the face of Trump administration promises to ax anticoal regulations and despite the fact that the closures could lead to energy shortfalls across the state. Construction of replacement generation and the fight to protect Michigan’s small electricity program have been at the center of a major statewide debate on energy over the past two years.

Despite those guaranteed profits, DTE and Consumers Energy have voiced concerns that alternative energy suppliers — who provide less expensive electricity to Michigan’s electricity choice market — do not fund investments in the state’s regulated energy generation infrastructure. They argued that these suppliers might leave the state, or that they lack the capacity to supply the electricity needs of their customers, ultimately forcing them to rely on electricity generated by the big utilities.

DTE and Consumers Energy had, therefore, pushed legislators to add a “capacity charge” to the electricity sold by alternative energy suppliers to help fund DTE and Consumer’s investments in new generation capacity. However, choice program generators contend that their normal operations ensure sufficient capacity for customer demand and a capacity charge would effectively charge choice customers twice. That second charge would, of course, make alternative suppliers less competitive, effectively taxing the choice market for the benefit of the big utilities.

The back-and-forth over a capacity charge had been the primary reason that major changes to electric utility legislation had stalled in Michigan’s Legislature for almost two years. However, in the waning hours of the 2016 lame duck session, Gov. Rick Snyder demanded that legislators give him a completed bill. He pushed the Legislature to compromise on a bill that would both ensure sufficient funding for new generation capacity and protect Michigan’s electricity choice program.

The final language of Public Act 341 of 2016 mandates that alternative suppliers must either build sufficient generation capacity or have a minimum of three years of contracted capacity at all times. If they fall short on their advance planning, PA 341 empowers the MPSC to hold public hearings to determine an appropriate capacity charge to pay for access to generation assets operated by the major utilities. Where choice suppliers can guarantee sufficient generation capacity for their customers, no additional charges are necessary. DTE spokesperson John Austerberry agreed that the bill “provide(s) that reliability that we think is most important.”

State representative and strong electricity choice proponent, Gary Glenn, R-Midland, discussed the compromise bill on the floor of the House, saying that “as (he understood) the bills … there are significant improvements in energy policy that will benefit rate payers” and that will serve as “a good starting point from which hopefully we will expand choice in the future.“

Michigan Freedom Fund CEO, Terri Reid, commended the House for having defended free market principles by removing “every anti-choice poison pill” from the original Senate bill. “By forcing these changes,” Reid contended that, “House members put the needs of local schools, job makers, and their constituents above the profit sheets of two massive electric utilities. They stood up against millions in advertising and an army of lobbyists and they put ratepayers first.”

Aric Nesbitt, R-Lawton, chair of the House Energy Committee, and the primary sponsor of the legislation in the House characterized it as "a win, win, win — for our ratepayers, our economies and for our long term reliability in the state.”

Looking forward to 2017, one of the key issues to be addressed will be balancing the changing nature of Michigan’s electricity generation system. As utilities plan for the closure of large, dispatchable baseload coal and nuclear plants, Michigan’s system will be forced to rely on a smaller suite of energy options — specifically natural gas, renewables, and conservation measures.

Limiting options in this fashion is likely to prove problematic as the added expense and unreliable nature of renewables will be paired with continued volatility of natural gas prices in Michigan’s regulated energy markets. Therefore, expanding access to energy choice and free market energy options is likely to become an important hedge against supply and price swings in 2017 and beyond.