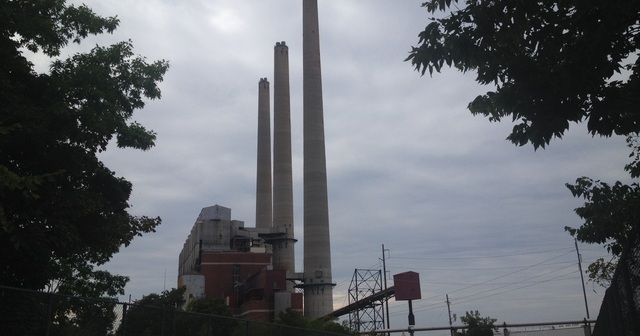 Electric utility legislation recently passed by the Michigan Senate and now before the House continues to capture the attention of elected officials, media and energy producers.

Supporters claim the bill will save the state from energy shortfalls, protect a small amount of customer choice in the current system and expand the use of renewable sources. Opponents argue that the bill will actually kill customer choice, raise Michigan’s electric rates and expand Granholm-era mandates on electricity generation.

The bill’s supporters say its main virtue is that it ensures a reliable supply of electricity. For example, Sen. Curtis Hertel Jr., D-East Lansing, defended his Nov. 11 vote as a “good compromise.” He argued that out-of-state alternative electric suppliers that currently make up the choice market actually harm system reliability.

The Senate-passed version of Senate Bill 437 would solve this problem, Hertel said, by forcing electricity providers to build in-state generation and transmission facilities, using in-state workers. He argued, “An out-of-state company can leave at any time. And if the grid doesn’t work, it doesn’t really matter to them once they leave.”

Unfortunately, both arguments fall short for two key reasons. First, the incoming Trump administration is publicly committed to removing climate-focused regulations and taking a skeptical approach to international climate agreements. Thus, demands to close and replace Michigan’s coal-fueled generation stations — a key component of the rationale about system stability — are, at the very least, substantially limited.

Nevertheless Anderson has publicly stated his intention to push forward with closing the coal plants regardless of what happens on the regulatory front. Utilities claim that other regulations and market pressures are still forcing the closures, and that new natural gas and renewable generation can supply Michiganders with all their electricity needs.

But such heavy reliance on natural gas makes Michigan customers vulnerable to price swings, with volatile pricing that can at times make it a far more expensive option for generating electricity.

For example, in March of this year, NYMEX natural gas settlements were as low as $1.71 per million BTU (MMBtu), making gas an economical fuel. But as of Nov. 30, December gas settlements were $3.23/MMBtu, an 89 percent jump in price in less than one year. Industry experts confirm that coal can compete with natural gas when gas is as low as $2.50/MMBtu, which means that gas is currently a more expensive option.

Moreover, if system stability is a concern, that should raise questions about plans to shutter existing — and already paid for — generation plants. The question becomes doubly salient now that that regulatory pressures against coal plants have abated, and natural gas prices have not. Maintaining a diverse mix of fuels is the best means of ensuring system stability and low prices for Michigan residents.

The second reason these arguments fail lies in a fundamental premise of the American free-market system. People are best served when they have the freedom to choose between a variety of providers and products — even essential products like energy — as they see fit. Competition provides customers with lower prices, improved service and choice.

Michigan Rep. Gary Glenn, R-Midland, confirmed that competition better serves Michiganders by recounting testimony employees of Clarkston public schools gave to the House Energy Committee. Teachers testified that access to the state’s electricity choice program saves their district $350,000 per year and that without the program, five teachers would be laid off.

As Glenn recounted in a recent interview, the same program saves Bay City schools $200,000 per year, but the “Midland, Meridian, Pinconning, and Bullock Creek public schools are prohibited by law from doing the same thing.”

Lastly, supporters of SB 437 argue that for all its confusing language, the bill will protect the electricity choice that exists in the state's commercial market, and ensure the existing 10 percent of that market open to customer choice remains. Opponents argue the bill will protect choice in name only.

They point to a new "capacity charge" the bill would impose on competitors of DTE and Consumers  — effectively a new tax —  making  it difficult if not impossible for them to compete. That means that, if SB 437 passes the House, choice participants — like Clarkston Community Schools — could technically continue to “choose” an alternative energy supplier, but doing so would mean they pay much higher rates. Not much of a choice.

The Nov. 8 election dramatically shifted the national energy policy lanscape. Members of the Michigan House should listen to the voters and step back from locking the state further into Granholm-era mandates and 1930s-era electric monopolies. Concerns about reliability and shortages would be best addressed by keeping Michigan’s electricity system open to choice.