But it ignores billions of dollars 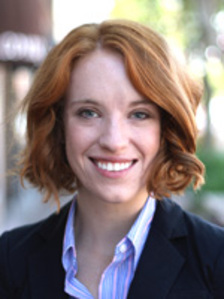 The Center for Budget and Policy Priorities has released its latest report on state funding for schools, and claims that Michigan is spending 9 percent less on schools than it was in 2008.

The report, however, ignores billions of dollars, a major flaw that Mackinac Center for Public Policy experts identified last year.

In its analysis of school spending for 2007-08, CBPP left out about $10 billion in education funding, including $6 billion in revenue from property taxes and $1.4 billion in special education money.

CBPP's report is especially meaningless for Michigan because of the way the state foundation allowance works: If more local revenue is raised by districts, state money for schools will necessarily be lowered.

In reality, Michigan spends more than 41 other states on education when per capita income is taken into account. State money for schools has increased in recent years, and per-pupil revenue from all sources for schools has remained fairly steady. After adjusting for cost-of-living, Michigan boasts the second-highest average teacher salary in the country.

Reporters should be wary of relying on CBPP's report to make any meaningful conclusions regarding school funding in their state. Of the 34 states CBPP identified as spending less on education, 24 have education funding systems where  a third or more of education dollars come from local sources — money not included in CBPP's analysis.

Seven states identified as decreasing spending actually have education funding systems where more than half of education spending comes from local sources, meaning that CBPP ignored the majority of education dollars spent in those states.

And though it doesn't fit into the narrative portrayed by some news outlets, the number of Michigan school districts in deficit does not appear to have much to do with revenue. It is true that declining enrollment has forced some districts to make difficult decisions, but administrators' aversion to those decisions is not an excuse to force taxpayers to foot the bill.

In fact, the most dramatic increase in the number of Michigan school districts in deficit occurred during a six-year period of funding increases. Reporters need only to look at Pontiac and Highland Park to see that more money does not mean better results or make up for district mismanagement.

It's reasonable to expect to get more when schools spend more. In our daily lives, more money typically buys a better or more convenient product. The unfortunate fact is that Michigan school districts as a whole are spending money inefficiently — meaning that an additional dollar spent does not guarantee a better outcome.

Instead of considering incomplete information as an argument for more school funding, Michigan legislators should consider policies that enable districts to innovate and to operate more efficiently.