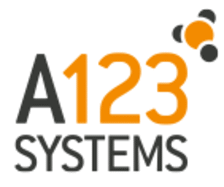 In the fall of 2010, the Michigan Economic Development Corp. — the state's "corporate welfare” arm — uploaded a video to YouTube highlighting the battery manufacturer A123 Systems.

At the time, the company was promoted heavily by President Barack Obama, U.S. Secretary of Energy Steven Chu, former Michigan Gov. Jennifer Granholm and U.S. Sens. Carl Levin and Debbie Stabenow. Since then, A123 has shed money, laid off half its workforce, recalled products and seen its stock price plummet to about 26 cents this week from a previous high of $26.

Now, just two years after the initial roll-out, A123 is being acquired by a Chinese company. Shortly after this deal was rumored a few weeks ago, the MEDC made all of its promotional videos “private.” This is not the first time questions have been raised about the MEDC’s lack of transparency.

The company is a poster child of government subsidies for green energy initiatives. Michigan gave A123 Systems $100 million in MEGA tax credits and another $41 million in tax breaks and subsidies from a separate program. At the same time, the Department of Energy awarded A123 Systems a $249.1 million grant as part of the federal "stimulus program."

The videos were previously covered by Michigan Capitol Confidential and referred to as “a playlist of crony capitalism failures.” Michigan Advantage, the MEDC’s (now defunct) YouTube channel, was intended to promote the success stories of Michigan companies that received state and federal dollars for their operations. The MEDC previously promoted dozens of companies, many of which have gone bankrupt or not delivered promised jobs while costing taxpayers hundreds of millions of dollars. The MEDC now has a new YouTube page, minus certain videos.

All of the videos made private by the MEDC were saved by Michigan Capitol Confidential. Below is the A123 Systems video.

From a previous CapCon story:

In the video, Gov. Granholm’s press conference on A123 Systems was interrupted by a phone call.

It was President Obama on the line to remind the audience that it was his American Recovery and Reinvestment Act that enabled A123 Systems to be the “first American factory to start high-volume production of advanced vehicle batteries.”

Secretary Chu said in the video that he hoped A123 Systems could create “thousands of jobs.”

“It really does make me feel really happy, proud that we are starting things, giving jobs, creating new jobs and hopefully the first 300 are just the beginning. Another 300 and another 300 …thousands of jobs," he said. "It’s going to be great.”

Sen. Levin predicted “thousands of jobs” by 2011. Gov. Granholm said it made Michigan the “advanced battery capital of North America.”