'They Are A Bureaucratic Machine That Got Out of Control' 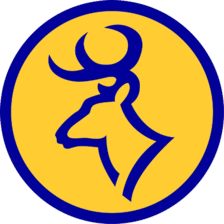 Excessive spending on salaries and politics are among the reasons teachers in the Roscommon Area Public Schools severed ties with the Michigan Education Association, said Jim Perialas, interim president of the new teachers' union.

The MEA’s executive salaries, which are among the highest in the country, had angered the teachers, he said.

Perialas said a newly formed local union could provide the same basic services that the MEA provided and for less than half the cost. Perialas said his teachers were facing a dues increase from the MEA this year that would have increased their annual payments from $850 to $960. He said the new independent union will keep dues at about $800 a year for four years so they can build up some reserves, but then the plan is to drop dues to $400.

"We are the customer," Perialas said of the teachers frustrations with the MEA. "They got too greedy. They are a bureaucratic machine that got out of control."

"We are not anti-union, we are anti-MEA," said Perialas, who served as the chief negotiator for the Roscommon Education Association. "We left the MEA because we sent them a check for $70,000 and we didn't feel we were getting $70,000 a year in services."

MEA executive salaries also were an issue, he said.

The average teacher in the Roscommon district, which is along I-75 south of Grayling, earned $62,312 in 2010-11, according to the Michigan Department of Education.

"It's stuff like that is out of touch," Perialas said.

John Ellsworth, the former president of the Grand Ledge teachers union, said he was "happy and impressed" Roscommon teachers were taking control of their destiny.

"I hope other districts do consider it," Ellsworth said.

However, Ellsworth said he thought few would follow Roscommon’s lead.

"Teachers do have much to fear in recent legislation and continued attacks, and the MEA makes sure they know it," Ellsworth said.

He said most teachers are focused on the classroom.

"I think most teachers go with the flow, and they do not see much benefit in changing or leaving the MEA," Ellsworth said. "In my view, for a district to leave the MEA, a few trusted teacher leaders have to push for it. And it is rare that local union leaders view the MEA critically. I think the culture and attitude of the MEA, its trainings and its employees, is that of a bunker mentality: it is us versus them. By creating that bunker mentality, critical thinkers who challenge the MEA become the enemy, even if those folks are trying to improve the MEA."

With Far Fewer Members, MEA Executives Among the Highest Paid In the Nation

Teachers' Union Manual Shows How to Organize Illegal Strikes, Use Children During Bargaining

MEA Lawsuit May Be Against Policy That They Already Endorsed

MEA Executive Salaries 'Not Based on Merit'