Is There a Better Way to Finance and Build New Schools? 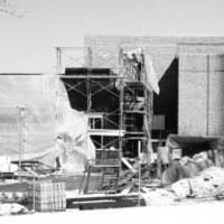 In the United States, the funding, construction, and renovation of public elementary and secondary school buildings historically have been the sole responsibilities of state and local governments. But in recent years, the President and some Members of Congress have attempted to create new federal spending and lending programs to assist communities in meeting their school facility needs.

To date, none of these proposals has become law, and school construction remains the responsibility of states and localities. The increased intensity and frequency with which these proposals are put forward, however, ultimately may help these efforts to prevail. Such an outcome could weaken the American systems of federalism and local control of schools, increase federal spending and lending, and centralize in Washington yet another responsibility of local government.

Before this debate over who should pay for public school construction is renewed in Congress, federal, state, and local officials would be well advised to consider the innovative public-private partnership approach that has been adopted here and abroad. These partnerships allow communities to upgrade their public school facilities at substantially lower costs and in less time than purely governmental efforts typically require. In recent years, for example, public school systems in the Canadian province of Nova Scotia, in Great Britain, and in some U.S. jurisdictions have implemented programs or pilot projects to encourage private investors to construct (and own) "public" school buildings to the school system's specifications. In turn, the private partner leases the facility to the school system at rent levels below what the public school system would have incurred had it built and operated the school.

A case study in effectiveness

Nova Scotia offers the clearest example of how public-private partnerships facilitate school construction. For example, by the end of 1998, as many as 41 new schools had been either completed or approved for construction under the Public Private Partnership program. In the next three years, Nova Scotia expects to replace 10 percent of its schools through such partnerships. The schools are "turnkey" operations—the facility is fully operational when the lease begins, complete with all classroom furnishings, such as desks, shelves, and chalkboards; computers wired to the Internet and the inter-school electronic network; furnished administrative offices; landscaping; and athletic facilities. The school system provides the teachers, aides, principal, and administrative staff and maintains full control over the curriculum and all other educational services and decisions.

The chief advantages of this arrangement for Nova Scotia's school system is the speed with which it is able to upgrade its school facilities and the average 15 percent savings it achieves through leasing arrangements with the private developers/owners. The school system leases the facilities for 20 years at a predetermined rent that is lower than the capitalized cost of construction and furnishings. Where the developer covers the additional costs and earns a profit is in the intensive use of the facility during periods in which it is not in use by the school system. In effect, the private developer/owner leases the facility to the public school system from morning to mid-afternoon, Monday through Friday, and for any additional after-hours or weekend use as negotiated. During the remaining hours of the day, as well as on weekends and holidays and over the summer when the facility otherwise would remain idle, the developer leases the classroom space to other education-oriented entities, such as for-profit trade schools and various civic, political, or religious groups, for pre-approved purposes. The purposes are carefully spelled out in the lease to ensure that activities that are inappropriate to an educational facility used by children do not occur in the building.

If such an approach were implemented in the United States, the potential savings could be greater than the 15 percent Nova Scotia realizes because private financing and ownership of the structure would allow school systems to avoid additional costs imposed by federal and state mandates. Such mandates include prevailing wage laws, environmental regulations, and minority set-asides, which often add substantially to the costs of design and construction of publicly funded buildings. No such mandates exist in Canada, and the actual costs to construct private school facilities are just slightly less than the costs of public school construction. The rent savings there arise primarily from the intensity with which the facility is used for other purposes.

An indication of the potential construction cost savings that could occur through public-private partnerships in the United States was revealed by a newly opened public elementary charter school in Florida that teamed with a local design/building firm to construct its facilities. Using an approach similar to Nova Scotia's plan and money provided by the community to build the school, the per-student construction costs fell between 22 percent and 34 percent below the state average for constructing public elementary schools. These savings were due largely to a series of innovative design efficiencies jointly devised by the builder and school system.

Of the more than 30 school construction bills introduced in the 105th Congress, only one offers an innovative approach to public school renovation and construction by harnessing the energy, resources, and expertise of the private sector. The Public Schools Partnership Act introduced by Senator Bob Graham (D-FL) as S. 2397 proposed amending the federal tax code to expand the allowable uses of tax-exempt private activity bonds to include construction of privately owned school facilities leased to public school systems. If broadened to enhance its versatility, this bill could serve as the foundation for a legislative plan that encourages the creation of innovative public-private partnerships to build public schools more rapidly and at lower cost across the country.

The full report on public-private partnerships for building schools can be accessed at www.heritage.org/library/backgrounder/bg1257es.html.