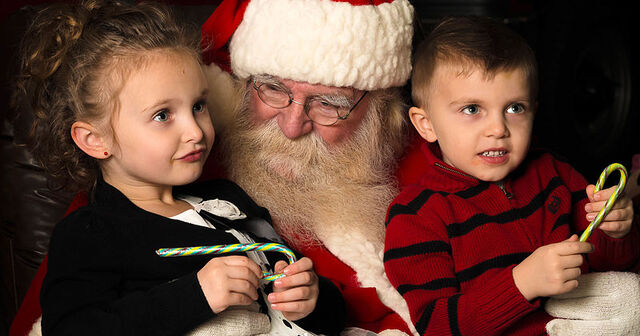 (Editor’s note: A version of this commentary appeared on past Christmas Days on Michigan Capitol Confidential.)

Why is it that most people eventually abandon the idea of Santa Claus … and yet so many never abandon belief in an omnipotent government?

Santa Claus is magic. His toy sack never empties, he traverses the globe faster than lightning, his reindeer never tire, his elves never strike, and he’s never too fat for the chimney. Awed by his powers, young kids approach the Jolly One clutching wish lists that itemize the objects of their “unbridled avarice,” as a popular Christmas movie put it.

And why not? Santa’s little supplicants are prodded by plenty of parental encouragement. No toy is beyond the ability of Santa’s elves to build. Nothing Santa gives to one child takes away from what he can give to any other child. Plus, Santa knows who’s been naughty or nice, so the great toy distribution is bound to be fair in some cosmically satisfying way, with everyone getting what they deserve and probably a little bit more. Who wouldn’t want to live in such a world?

Most adults expect government to provide at least the basics of society like courts, police, defense, roads, mail and schools. Yet these so often seem beyond the reach of government that we may seriously question whether some of them, like schools, should be entrusted to government at all.

Many adults want government to cover everything under Santa’s flying sleigh. Their wish lists say, “subsidize my retirement, my big house, a year’s worth of unemployment, my medicine, my college loans, my electric car, my auto company, my union, my bank, my bad decisions in general, and my ethanol and solar companies.” But unlike Santa’s bottomless bag of toys, every subsidy government gives to someone must first be taken from someone else. For every happy kid there is another whose toy was ripped from his hands.

Adults then may expect that only the deserving ones get the goodies, but the dilemma of fairness inherent in forced redistribution needs no elaboration here. Let’s just say it takes a lot of magic government fairy dust to make it all fair.

My point is not to ridicule those who want government to provide what they believe they deserve, which would be rude and especially out of season at holiday time. Rather, it is to confront the reality of an extremely durable myth — government as Santa Claus — and to prevent belief in that fable from destroying our nation.

Children may be sad to realize there’s no Santa, but Mom and Dad can usually ameliorate that disappointment. No one will rescue us when our collective “unbridled avarice” runs up a debt so high it can never be repaid. All the little children will be crying then.

Belief in Santa is endearing in children. Belief in magic government is sad, tragic and destructive in adults. One of the greatest gifts we can give this holiday season is to help others confront the myth of magic government.

Joseph G. Lehman is president of the Mackinac Center for Public Policy, a research and educational institute headquartered in Midland, Mich. Permission to reprint is hereby authorized, provided that the author and the Center are properly cited.

The 12 Days of Mackinac Christmas