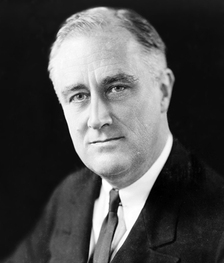 Michigan’s largest government employee union, the MEA teachers union, is expressing shock — shock! — that a Mackinac Center analyst asserted in an email, “Our goal is (to) outlaw government collective bargaining in Michigan, which in practical terms means no more MEA.”

It’s a good thing the union bosses apparently didn’t read an article published in CapCon by the same analyst, me, 10 days after that email was sent, “Government Collective Bargaining Inherently Corrupting, Should Be Outlawed.”

If that assertion isn’t clear enough, let's try this: Collective bargaining for government employees is illegitimate and hurts people.

Mostly, it hurts the middle-class that government unions often pretend to favor, forcing Michigan families to pay higher taxes to receive fewer government services. But that’s not even the worst consequence: In education, it hurts children, because for years politically powerful school employee unions have halted desperately needed reforms.

For example, until just this summer, government sector collective bargaining made it virtually impossible for Michigan schools to fire ineffective  teachers, resulting in perversions like “rubber rooms” and “the dance of the lemons” (where principals try to shuffle their ineffective teachers to a different school).

Nevertheless, for those not completely convinced by the logic and evidence provided by a free-market think tank, here’s another voice making the same assertion:

“The process of collective bargaining, as usually understood, cannot be transplanted into the public service."

That was Franklin Delano Roosevelt, the president who founded today’s welfare state, and also instituted the pro-union private-sector labor law regime under which this country still operates.

FDR understood what I explained in the article that the union bosses apparently missed: There are two arenas for collective bargaining, one legitimate and the other not. The legitimate form is private sector unionism, where representatives of employees and the managers of a business negotiate pay and benefits.

Ideally this would be completely voluntary, with no laws tilting the playing field to one side or the other (current law greatly favors unions), but that’s a discussion for another day. Today’s topic is public-sector unionism.

Unlike the private sector, government employee unions don’t collectively bargain against self-interested CEOs and investors, but against their fellow citizens. Every dollar gained by the union is a dollar lost to taxpayers and those who depend on government services, because it makes those services more costly than they should be.

How much more? The Mackinac Center has calculated that Michigan taxpayers shell out $5.7 billion every year to provide extra fringe benefits to government and school employees above and beyond what they would get under private-sector averages.

Finally, the sentence asserting that a government collective bargaining ban “means no more MEA” was incomplete. Of course the MEA would be perfectly free to carry on as a purely voluntary club, like the Kiwanis or Rotary Club, providing services to individuals who choose to join it. It just wouldn’t have the power granted to it by the Michigan Legislature to compel every school employee to pay union dues or fees, and to force school districts to bargain with it.

Public Union Reform Is Where the Money Is

Lawmakers Walk Out on Legislatures, But No One Walks Out on a Union

Collective Bargaining Has a Fiscal Impact