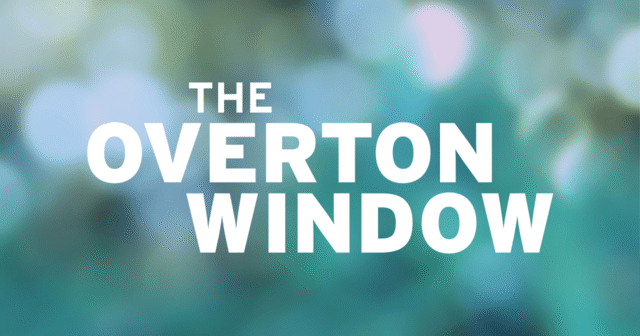 “You Quickly Realize That This is an Injustice and it has to be Fixed.”

Presidents can make a lot of policy changes without the consent of Congress. They can issue executive orders. They have discretion in how they, and executive agencies, administer the law. And they can change the rules about the programs they administer. To talk about one such rule change, I spoke with Jennifer Butler, senior policy advisor at the State Policy Network, about a rule that she helped create during the Trump administration and is now being reconsidered in the Biden administration.

First, Butler explained the rule, which forbids union dues from being skimmed from Medicaid.

The federal government provides most of the money used to pay for state-run Medicaid programs, and it can attach strings to those dollars. One of the many programs funded through Medicaid provides care to adults with physical disabilities and mental illnesses in own homes rather than in hospitals and other institutions.

Medicaid provides stipends to the people who provide this service, who are often family members of the sick or disabled. For example, Robert and Patricia Haynes of Michigan receive a stipend from Medicaid to take care of their adult children with cerebral palsy.

But when unions saw these arrangements, they got between these home care providers and the federal stipends they rely on, redirecting a portion of the payments for their own purposes. They were able to do so because they made deals with a number of different states that allowed them to take a portion of those checks for dues. Ostensibly, it was to compensate the unions for representing the workers, even though those home care providers are employed by their patients directly. “This amounts to hundreds of millions of dollars that’s basically free money for the unions, since they provide no discernable services for these care providers,” Butler said. She also noted that this is also happening with child care providers compensated through other government programs.

Butler began working with the federal government to adopt a rule that would prohibit Medicaid dollars from being used for this purpose, an idea based on a 2019 Mackinac Center and Freedom Foundation recommendation.

Rules need to go through a regulated process before they are adopted or repealed. An administrative agency has to build a case for changing the rule, and it has to hear from the people affected by it, as well as members of the public who want to comment. If the proceedings don’t support the new or modified rule, the rule can be challenged in the courts. “They can’t implement these rules at the drop of a hat, fortunately,” Butler said.

Butler worked with a coalition of people to participate in the rule-making process and support the changes they wanted. “I was so proud that we had the most number of individual comments submitted for this rule, quality comments,” she said.

Of course, these rules are greatly affected by the preferences of who is president at the time. Agencies are managed by both career bureaucrats, who tend to be experts on their issues, and political appointees, who serve to advance the administration’s priorities. The rule-making process forces both groups of officials to consider the impact of the rule on industry, the cost of industry, the role of the states, and whether it works with existing law. Still, this only means that political appointees have to stay within some limits as they try to get what they want. “To be honest, if an agency or administration is pushing a priority for them, at the end of the day they are probably going to get that particular priority,” Butler says.

A new president comes with new goals, and agencies work to see what they need to do to achieve them, whether that means adopting a new rule or changing an old one. And the rule Butler worked to get adopted is now being reconsidered.

Having worked for a new rule and against changes to an existing one has increased her respect for the work that goes on. “This process guarantees that an individual that is personally impacted by a potential regulation, albeit at the state or federal level, or whole industry, or a state, can submit not only their personal story, but in some cases, be able to lay out and provide economic analysis and studies and get that into the record,” she said.

Butler is glad there is a process that allows people to be engaged. Speaking of the back-and-forth that sometimes happens with a rule, she said, “It’s a bit of a pendulum, but it’s a pendulum worth fighting for,” she says. She expects that if the rules get changed again, there will be lawsuits to challenge the change.

Butler also said that the rule-making process isn’t the only venue where she’s fighting the dues skim. Congress can act to prohibit it. State legislatures can do the same (as Michigan did in 2012). And outside groups can work to convince workers directly to exercise their option to opt out of the unions that many don’t even know they are a part of.

This is why Butler is optimistic. “The minute you explain that home care providers receiving a stipend check from Medicaid — that that money is being siphoned off for union dues — people get it,” she said. This helps builds support for her cause.

“You might have bump in the road just because of this new administration, but I truly believe, one, the law is on our side. Medicaid was created specifically to help the most vulnerable, so this goes against what it is for. And I believe that the cause of justice will always prevail,” she said.

Check out the conversation at the Overton Window podcast, available on iTunes and Spotify