Why Michigan Needs a Tax Cut

People know better how to spend their own money 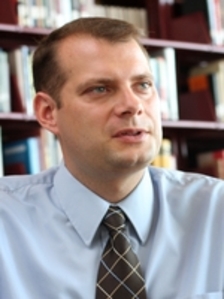 With a projected $971 million surplus for next fiscal year, Michigan’s Legislature is considering cutting the state’s income tax rate from 4.25 to 3.9 percent.

The cut would be phased in over time and would be contingent upon the budget remaining in surplus. When fully phased in, this would result in a $170 annual tax cut for the typical Michigan family.

Will such a small tax cut have a major effect on Michigan's economic growth? Recognize first that this is a very small marginal tax cut, so thoughts that this policy alone will bring a new era of prosperity is just wishful thinking.

Still, the vast majority of economic studies confirm that lower tax rates result in faster growth — a result that holds for both countries and individual states (see my recent paper in the Cato Journal). Importantly, reducing the tax rate to under 4 percent would make Michigan more competitive in comparison to nearby states, such as Indiana (3.4 percent) and Pennsylvania (3.1 percent), that currently have flat income tax rates well below Michigan's. When labor and capital are mobile, tax competitiveness matters.

But promoting faster economic growth is not necessarily the most important reason to favor the proposed tax cut.

When governments run large surpluses, they have two options: take less from taxpayers or increase spending. While either might seem as good as the other at first glance, the problem is that expansions in government spending are almost never temporary. History shows that government expansions — often undertaken during times of supposed crisis — almost never return to their prior levels even after the conditions that brought about the expansion are long gone.

Instead, as Robert Higgs documented in his 1987 book, "Crisis and Leviathan," the ratcheted up government becomes the new normal. And in the long run, the economy is worse off since the increase in government spending crowds out spending in the private sector, which is generally more efficient at allocating society's scarce resources.

Returning Michigan's surplus to the taxpayers, rather than boosting government spending, will give the state far more flexibility to address fiscal challenges down the road. Furthermore, the more competitive economic environment that lower tax rates will create will make those future challenges less arduous.

Jason E. Taylor is a professor of economics at Central Michigan University. He received his Ph.D. from the University of Georgia in 1998.