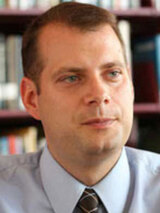 Taylor is an authority on 20th century economic history in the United States, particularly the Great Depression and World War II, and how these historical episodes relate to cartel, labor and public choice theory. Journals in which his work has appeared include: The Journal of Law and Economics, Journal of Economic History, Public Choice, Economica, Journal of Institutional and Theoretical Economics, American Economic Review (Papers and Proceedings), Southern Economic Journal, Journal of Industrial Economics, Explorations in Economic History among others. He has published editorials in Forbes, The Wall Street Journal, USA Today and The Detroit News, and has testified on the findings of his research before Congress.

He has been editor-in-chief of Essays in Economic & Business History since April 2012.

Free Trade Agreements Have Been Good For America

Why Michigan Needs a Tax Cut