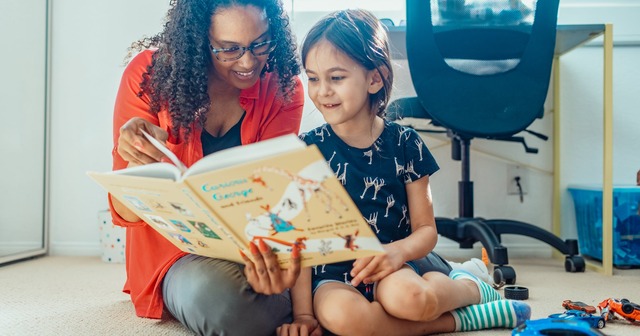 Last week, Gov. Whitmer wielded her veto pen to keep parents of struggling readers from getting ahold of federal relief funds to decide how to help their children. Her formal veto letter offered no explanation why she struck down $155 million for Michigan families to receive reading scholarships.

But education groups that survive off taxpayer funding were not shy to make their case. As the spokesperson for a group that represents metro Detroit area school district administrators explained, “It was a large pot of money and it smelled a bit of vouchers.”

Complaints about a “large pot of money” ring hollow, as the reading scholarships comprised less than 1% of the K-12 budget. Conventional school systems will get a record amount of state funding this coming year, even as they already are awash in unprecedented billions of federal dollars.

The funds designated for reading scholarships wouldn’t replace any current funding for literacy programs. Instead, they would create $1,000 accounts that families could access to customize solutions for their elementary school children who had fallen behind in important basic literacy skills. Money could pay for after-school programs, private tutoring, instructional materials and more. The approach is based on Florida’s reading scholarship program. Louisiana followed suit this year with a similar initiative.

Furthermore, the term “vouchers” is sloppy shorthand for knee-jerk opposition to a Michigan policy proposal that would give parents more say over how education dollars are used. Employing this lazy and tired tactic, choice foes have applied a loose-fitting label that’s poll-tested to provoke negative reactions while dodging the substance of the debate.

Being able to read by third grade is a crucial benchmark for students to succeed in their education. Five years ago, Michigan passed a version of a reading law that has shown promising results in other states, even as many schools this year resist finally implementing it in full.

Before the pandemic, Michigan’s performance in early literacy was weak and stagnating. After the state temporarily shut down schools, many districts continued to leave kids limited or with no opportunity for in-person instruction. The state lacks a clear picture of how many students now lag in their reading abilities and just how far behind the standard they are.

Still, Gov. Whitmer’s silence on her reasoning has not foreclosed the possibility of enacting a smaller version of the reading scholarship program approved by the Legislature. A July 21 vote in the state House fell considerably short of the two-thirds needed to override the governor’s veto. Yet lawmakers sent the item back to the appropriations committee to reconsider.

It wouldn’t be the first time this governor got a second chance to undo a school aid budget misstep. In late 2019 she reversed a line-item budget veto that singled out charter schools, restoring a formula funding increase to the mostly disadvantaged students that she earlier approved for other public schools.

Gov. Whitmer has set the precedent to atone for misguided education funding vetoes. Families of Michigan’s struggling young readers are left to hope she once again seizes the opportunity.