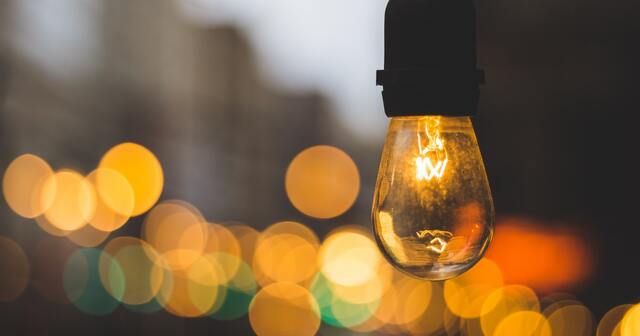 These are unfortunate features of trusting renewables

As of June 1, Consumers Energy has finalized the rollout of their new summer peak rate, which increases electricity rates by 50% during hours of expected peak electricity demand. With this new program, the utility takes another step away from providing reliable, affordable electricity toward an organizational ethic of offering an electricity service that leaves Michigan ratepayers exposed to the whims of weather.

The key feature of summer peak rate programs is that, at times of peak energy demand, ratepayers are charged prices much higher than Michigan’s already well-above-average rates. Increased demand typically occurs on hot summer weekdays, especially in the afternoon and early evenings, as people are returning home from work and turning on their air conditioning, cooking dinner, doing laundry, etc. Information on the program, published by the Michigan Public Service Commission — the state regulatory body that oversees electricity rates and reliability — gives more specifics.

MPSC and Consumers Energy argue that this new rate program will “better reflect cost-of-service for residential customers” and send “clear pricing signals.” They suggest that this plan will “empower customers” to save money by shifting the use of energy-intensive appliances to times when electricity demand is lower.

It has always been true that ratepayers can reduce their costs by limiting their use of energy. But it is essential for Michigan residents to realize that their ability to choose is being restricted as utilities build an electrical system that now operates on much thinner margins than in the past. Utilities are closing large, reliable, fossil fuel and nuclear plants and attempting to replace them with reliably unreliable wind and solar.

But intermittency and unreliability are unavoidable artifacts of a system designed around energy sources powered by the often unexpected caprice of weather. So transitioning the electricity grid to these sources entails that customers will need to relinquish expectations for consistent and reliable electricity. And one way to help address these impacts is by discouraging demand through increased rates.

Steve Holiday, the former chief executive of Britain's National Grid explained this idea in a 2011 article in The Daily Telegraph. Holiday clarified that as more green energy was brought online, the electric grid in 2020 and 2030 would look “very different,” and ratepayers would need to change their behavior, learning to “consume [electricity] when it is available.”

This guiding principle was mirrored in the thoughts of Rutgers anthropology professor, David McDermott Hughes in an October Boston Review article last year. Hughes explained that Americans would need to “give up the demand for constant electricity” and praised the unreliable electrical service in Zimbabwe and post-Hurricane-Maria Puerto Rico as the model for North America’s changing electricity grid. He rejected the notion that people should expect to have access to luxuries like “continuous energy” and “business continuity.” Instead, he suggested that we should embrace delay, or “pause–full electricity” service, to help reduce the risks associated with climate change.

And, make no mistake, the results of these grid-wide moves toward pause-full utility service are starting to have a profound impact, as dangerous system instability builds. Examples include: Texas’ rolling blackouts in February, California’s summer blackouts in 2019 and 2020, and Washington’s week-long loss of wind energy in November 2019. Closer to home, Michigan’s experience during the January 2019 Polar Vortex also fits this pattern, when residents were warned to reduce their thermostats to 65° or less to help avoid a systemwide failure.

Continuing with this theme, the 2021 Summer Reliability Assessment from the North American Reliability Corporation warns that portions of the North American electricity grid are at “elevated or high risk of energy shortfalls” and “energy emergencies” as summer temperatures increase demand for electricity. Multiple “Maximum Generation Events” and “Capacity Advisory” warnings sent out this week by the Midwest’s regional grid operator, the Midcontinent Independent System Operator, are proving out NERCs concerns.

MISO warnings explained that warm weather pushed the region’s grid well below the recommended 15% reserves of generation capacity to less than 5%. Unsurprisingly, during this time of limited energy supplies, wind energy is reliably underperforming — only working at 6.5% of rated capacity to produce 2% of our electricity. At the same time, fossil fuels and nuclear are doing the real work of keeping the lights on and the air conditioning running. 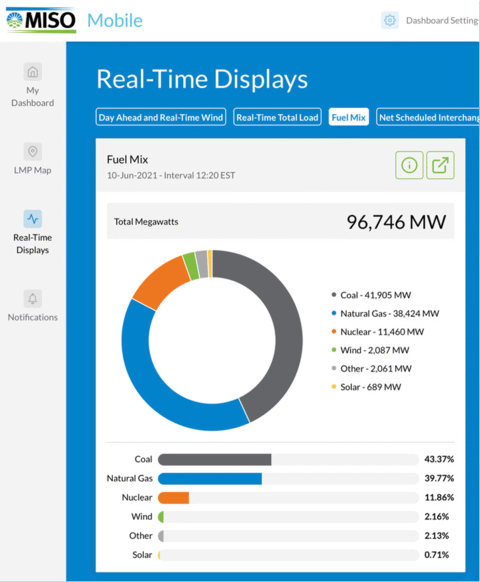 Consumers Energy is putting the best spin possible on the summer peak rates, presenting them as a market-based opportunity for customers to go green and save on their utility bills by shifting activities to early morning or late evening. But ratepayers need to recognize that rate increases and growing system instability are an inherent feature of any system that relies on unreliable renewable energy sources. If the state continues along this path, we should expect to see much more of this in the near future.