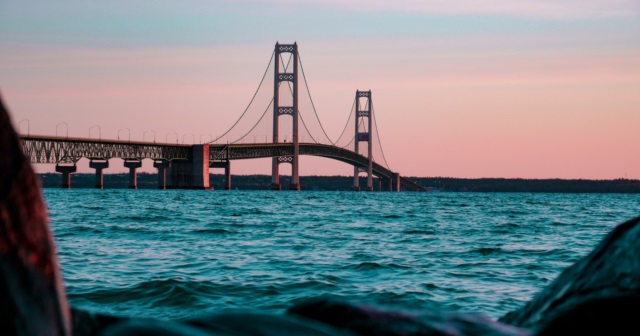 Residents at risk of exorbitant rates and unreliable service

In her latest attack on Line 5, the pipeline that transports oil and natural gas liquids through the Straits of Mackinac, Michigan’s governor has moved to revoke the 1953 easement contract that allows the pipeline to operate. This arbitrary and ill-advised move will shutter a key part of the state’s essential energy infrastructure, increase the price of heating and transportation fuels, and threaten thousands of jobs across the region.

Michigan should reject this flawed policy and choose to maintain our supply of affordable, reliable and safe energy.

With the move to revoke the easement, Gov. Gretchen Whitmer appears to be fleshing out her green energy agenda that will, among other things, require Michigan to achieve net-zero CO2 emissions by 2050. Stopping the flow of essential oil and natural gas liquids will certainly move the state toward that target. But it will also push Michigan residents toward an increasingly cold and dim future in which we pay exorbitant rates for the privilege of enduring rolling blackouts and limited, unreliable access to energy.

We can easily see what those impacts will be by looking at what supporters of similar plans elsewhere anticipate. For example, in a 2011 Daily Telegraph article, Steve Holiday, then chief executive of Britain’s National Grid, informed families in the U.K. that they would need to “change [their] behaviour.” Holiday warned they would need to shed their expectations of having reliable electricity service and learn to consume electricity only “when it is available.”

That counsel was echoed by Rutgers anthropology professor David McDermott Hughes. In a recent article, Hughes describes the economically destabilizing and environmentally destructive impacts of a Green New Deal-style shift to renewables and batteries, but then downplays the need for reliable energy sources. Instead, he recommends post-Hurricane-Maria Puerto Rico and still-developing Zimbabwe as positive “models for what we might call pause-full electricity service.” He contends that our demands for “continuous energy” and “business continuity” must be stifled to forestall the impending climate crisis that is the motivation for Whitmer’s CO2 plan.

California’s rolling blackouts provide another bleak foretaste of what Michigan residents can expect under Whitmer’s restrictive green energy policies. The Golden State is farther along the path of embracing renewable energy, and this summer, Californians were forced to endure the unreliable nature of the energy supply its renewable energy-reliant utilities send to the state’s grid.

When electricity supplies can’t keep up with demand, utilities often cut service to large industrial customers — a situation they euphemistically refer to as “demand response.” Translated into common English, demand response means targeted industrial blackouts. But during this summer’s heat wave, California was so dangerously short of electricity that utilities extended the same demand response “service” to residential and small business customers.

Attitudes toward pipelines exemplify the dynamics of a disconnect between green expectations and reality. The “shut-it-down” crowd ignores the value of the fuels and energy that pipelines supply, choosing instead to myopically focus on any potential risks they might pose. But, to the extent that anti-pipeline zealots are successful, the real and growing costs of their plans will be borne by average people. Real people like residents of Michigan’s Upper Peninsula, who rely on Line 5 to supply roughly 65% of the propane they use to heat their homes during Michigan’s frigid winters.In fact, the Wolverine State is the largest consumer of residential propane in the U.S. Over 330,000 households rely on it each day to safely and affordably heat their homes. And the governor’s own energy task force admitted that alternatives would be prohibitively expensive.

If Line 5 were shut down, Upper Peninsula residents who could first afford the $25,000 cost of converting from propane to electric heating would then face annual heating costs about $3,500 above what they currently pay. And for what? Certainly not an improved environment.

Pipelines are more efficient and safer form of transportation than either rail or truck. But pipeline opponents aren’t interested in allowing these essential fuels to move. Their “leave it in the ground” mindset requires that we eliminate hydrocarbons and the means of transporting them, now, no matter the economic disruption and hardship.But the proposed upgrades to Line 5 would come at no cost to taxpayers. They would improve essential energy infrastructure, and would wholly remove the pipeline from the waters of the Great Lakes, encasing it in a cement-lined tunnel 100 feet below the lake bed.

Rather than needlessly impose California’s unenviable condition on its residents, Michigan’s state government should allow the Line 5 tunnel project to proceed.