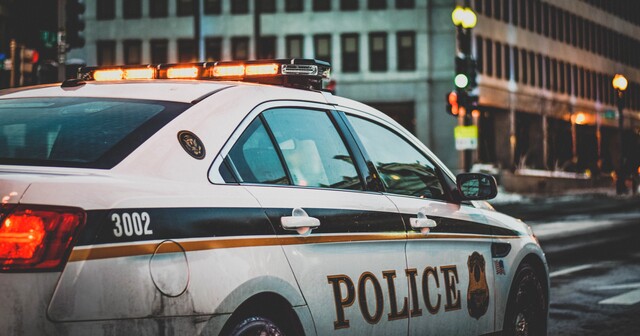 The Detroit News chronicles the past, present and future of this misguided policy

There’s a class-action lawsuit in Michigan challenging civil asset forfeiture. At the same time, the U.S. Supreme Court is considering its constitutionality, and state lawmakers consider additional legislative reforms to the practice.

George Hunter of The Detroit News just wrote a piece covering these issues. Three people in metro Detroit allege that the government seized and attempted to take ownership of their property without showing that the assets were related to any illegal activity. One man has been waiting for three years to get his car back after it was seized and towed.

The Michigan Legislature and U.S. Supreme Court are both examining the practice. From the article:

In May, the state House approved a bill that would require police in Michigan to secure a criminal conviction before seizing property. The bill is being debated in the Judiciary Committee.

The U.S. Supreme Court agreed last month to hear the case of an Indiana man whose $40,000 Land Rover was seized after he pleaded guilty to selling less than $200 worth of drugs. The High Court will decide if the seizure violated the Eighth Amendment’s ban on “excessive fines.”

Critics of civil forfeitures say they violate the presumption of innocence by punishing people before they’ve been found guilty of a crime. Supporters of the practice insist forfeitures help police fight drug dealers and other criminals.

“Let’s say you raid a dope house and find drugs and a lot of money. In order to get a criminal conviction, you’d need to give that money back to them, even though it’s clearly proceeds from drug trafficking,” Stevenson told the News. “So if you do get a conviction, where do you think that money will be? By the time the case gets through the court process, that money would be long gone.”

But requiring a conviction wouldn’t change that. There’s a different between “seizure” and “forfeiture.” The former can be done based on probable cause, while the latter is the actual transfer of ownership of the property. Even if Michigan joins the states — standing now at 15 — that require a criminal conviction prior to forfeiture, police can still seize assets while they investigate a crime. But if the owner isn’t convicted, officials should return the property.

The Detroit News notes many interesting statistics from the latest Michigan forfeiture report:

Last year, police in Michigan seized about $13 million in assets, according to the state police 2018 Asset Forfeiture Report, which was released June 30 to the Mackinac Center and is set to be released to the public soon.

Among the findings in the 2018 report, which was provided to The News:

Law enforcement forfeited $11.8 million in cash and $1.3 million in property, including eight homes, 711 weapons and 7,999 vehicles.

Of the 2017 forfeitures, 736 people were not charged with a crime, with another 220 were charged but not convicted. Another 228 weren’t charged because they cooperated with prosecutors. Only 43 percent of those whose property was forfeited were charged and convicted.

“The rest were either not charged, found innocent, cooperated or are still pending,” Skorup said. “This is problematic because it means that the state took ownership of their property before proving these citizens were guilty of anything.”

The majority of Michigan’s law enforcement agencies did not initiate civil forfeitures. Of the 673 local police departments, sheriffs offices and prosecutors in Michigan, only 265 agencies seized property. Only five prosecuting attorneys prosecutors out of 83 counties in the state handled seizures.

To track Michigan’s forfeiture legislation and learn more about the process, visit www.mackinac.org/forfeiture.