Forfeiture is a practice by which law enforcement transfers assets – cash, vehicles, homes, etc. – from private citizens to the government. Criminal forfeiture occurs after the conviction of a person and is widely-accepted as legitimate.

The problem is with civil forfeiture.

Civil forfeiture occurs outside of the criminal justice system and, prior to 2019 legislation, did not require a criminal conviction. This has led to instances of abuse in Michigan, which had among the lowest-rated forfeiture laws in the United States. The Mackinac Center believes property should only be transferred from citizens to the government after a criminal conviction is secured.

In 2015, the Michigan Legislature passed a package of laws that raises the standard of evidence before the state can take possession of property – from “preponderance of evidence” to “clear and convincing evidence” — as well as mandates reporting requirements for how much property was forfeited, where it came from, and whether a person was charged with a crime.

In 2016, Gov. Snyder signed a bill eliminating an upfront bond requirement. Citizens no longer have to pay 10 percent of the worth of their property in order to contest a seizure – which previously happened regardless of whether they were charged with a crime.

In 2019, Michigan joined the 15 other states which require a criminal conviction prior to civil asset forfeiture when lawmakers passed House Bills 4001 and 4002 and Senate Bill 2.

Ultimately, the state should ban civil forfeiture altogether – and replace it with criminal forfeiture. In states like New Mexico and Nebraska, which have eliminated civil forfeiture, a court decides if a person is guilty of a crime and then determines what assets were gained from criminal activity before ultimately forfeiting property over to the government. 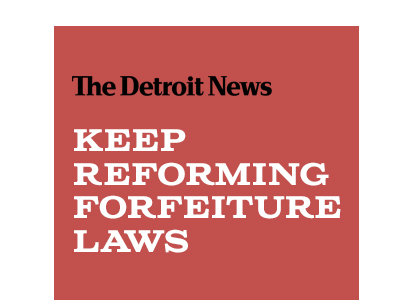 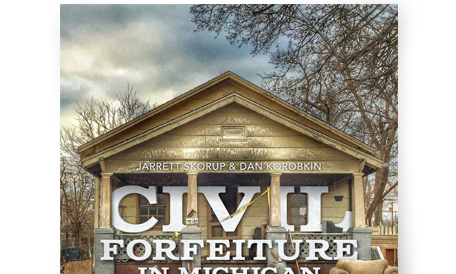 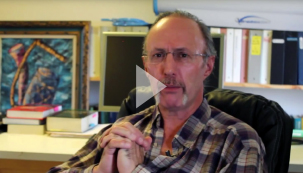 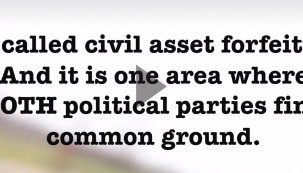 Republican and Democrat Against Forfeiture 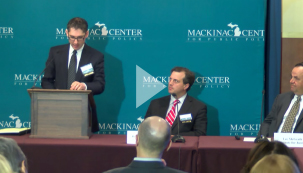 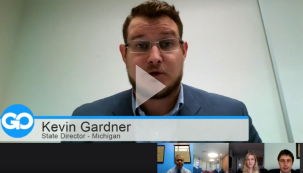 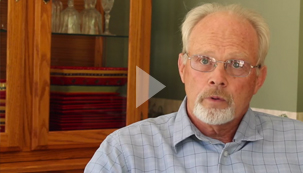 The Michigan House Judiciary Committee voted 8-1 with one member voting present on Tuesday to advance to the full House the main bill of a ... more

The Michigan State Police detective who helped train the state police in how to conduct civil asset forfeiture says the police are misusing it.... more

In Michigan, more than 500 people lost property in 2016 with no criminal charges.... more

Crime doesn’t pay, but being innocent in the wrong place can cost you big time under Michigan’s civil forfeiture laws.... more

Your assets are presumed guilty in Michigan; legislation would change that.... more

Though none were criminally charged, 523 in Michigan still lost property forfeited to police last year.... more

Ten percent of the people in Michigan who had some property seized by and then forfeited to the police in 2016 were not charged with a crime.... more

Police Seize Car, Drive 56,000 Miles, Sell It Without Charging Owners With a Crime

Michigan forfeiture laws allow assets to be turned over without a conviction ... more

Forfeiture is the process of transferring of property or cash from citizens to the government and is done at the ... more

With the conclusion of the 2013-2014 Legislature, the clock has run out on bills that would have required more disclosure ... more

The Government Incentive to Seize Property

On Wednesday, the Mackinac Center for Public Policy hosted a forum at the Capitol to discuss the state’s law on civil asset ... more

A new article on the Heritage Foundation’s “Daily Signal” website highlights the problem with civil asset forfeiture, which is the ... more