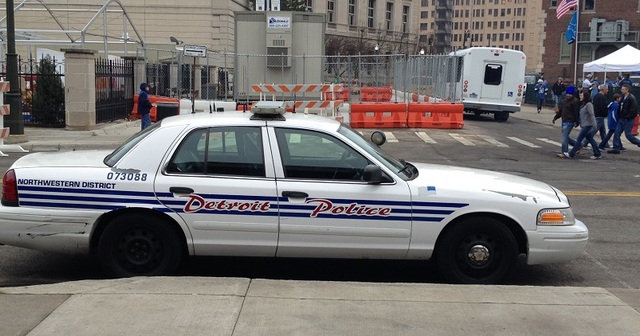 A new article on the Heritage Foundation’s “Daily Signal” website highlights the problem with civil asset forfeiture, which is the subject of several bills currently being considered in the Michigan Legislature. The piece, “9 Times the Government Stole Americans’ Cars, Cash” features a case study that originated in Detroit:

At the Contemporary Art Institute in Detroit, Mich., in 2008, a fun night out at a “Funk Night” event for 130 attendees morphed into a scene out of an action movie. Armor-clad police stormed the party with their guns drawn, forced attendees to the floor and seized 40 vehicles from those in attendance.

What heinous crime necessitated this treatment? It turned out that, unbeknownst to Funk Night patrons, the Art Institute failed to get a permit to serve alco­hol. Using Prohibition-era reasoning combined with modern civil asset forfeiture law, the police determined that merely attending made everyone complicit.

And because the cars were used to transport their users to the party, the cars were also “guilty” and subject to sei­zure. Police even seized a car parked in a friend’s drive­way over a mile away from the Art Institute.

Attendees had to pay $900 each to have their vehicles returned. Ironically, one of the patron’s vehicles was stolen from the impound lot—a crime made possible by the Detroit Police. Thankfully, a federal district court judge held the Funk Night seizures unconstitutional, calling the incident part of a “widespread practice” of detaining everyone present at a venue without an alcohol permit, searching them and seizing their cars simply because of their presence.

Heritage is not alone among the national conservative and free-market groups raising alarms about civil asset forfeiture. They are joined by FreedomWorks, Institute for Justice, Manhattan Institute, Right on Crime, and Americans for Tax Reform. There have also been articles on the troubling practice from the American Enterprise Institute, the Hoover Institution, the National Taxpayers Union and others. The Mackinac Center and ACLU have teamed up to push this issue in Michigan.

In addition to being the right thing to do, all of this is something the Republican majorities in the Michigan Legislature should heed. On the other side, lawmakers are being pressured by the state branch of the criminal justice industrial complex to adopt as little reform as possible

Michigan’s forfeiture laws are rated among the worst in the nation.  Pending legislation would increase transparency and raise the standard of evidence required before the state could claim a person’s property through forfeiture. While positive, these are half-steps toward real reform. Ultimately, this state should require a criminal conviction before law enforcement agencies can take a person’s money and cars and cash in on the proceeds.