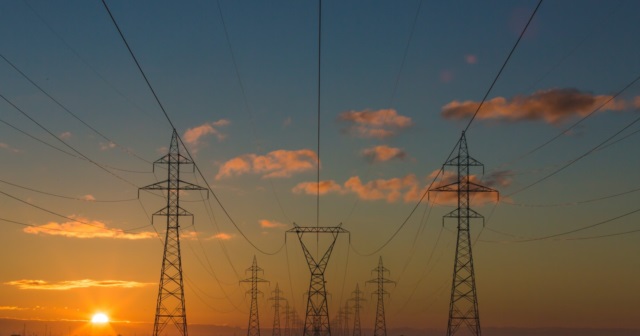 Editor's Note: This article first appeared in The Hill on August 22, 2020.

Joe Biden's selection of Kamala Harris as his vice presidential running mate could mean the end to the affordable energy that makes modern American life possible.

In comparison to the Trump administration, which has prioritized deregulation and energy dominance, the former vice president and California senator have both committed themselves to heavily restrict fracking as they focus on climate change and renewable energy. If enacted, the Biden-Harris plan would reduce energy choices, increase prices and drive Americans back to international markets for essential energy supplies.

On issues of energy supply, Biden has been clear. For example, moderators at the Democratic Party debates asked him about his position on hydraulic fracturing, or fracking, the means by which American natural gas producers have helped to free us from many of the vagaries of international energy markets. He boldly replied, “No more drilling on federal lands. No more drilling, including offshore. No ability for the oil industry to continue to drill, period. Ends!” Later, in the same debate, he added, “No new fracking.”

That broad and somewhat vague pronouncement likely raised blood pressure readings among supporters in Biden’s campaign. Promising to put as many as 1.7 million American workers out of a job by banning fracking would be a hard sell for any campaign, especially in gas-producing states such as Texas or Pennsylvania. So no one was surprised to see Biden staffers walk back the former VP’s ambiguous promises immediately after the debate. They quickly limited his anti-fracking rhetoric to targeting energy development on federal lands.

And Biden staffers aren’t the only ones openly correcting policy stances for the former vice president. Rep. Pramila Jayapal (D-Wash.), who co-chairs the Sanders side of the Biden-Sanders Unity Task Force, is getting in on the action, too. Jayapal has publicly bragged about her ability to “significantly push Joe Biden to do things that he hadn’t signed on to before.” Biden is, in her estimation, “movable.”

That malleability is not terribly surprising given that, for some time now, Biden has been seen as increasingly confused and frail. Keying in on those concerns, a recent Rasmussen poll indicated that 59 percent of Americans believe that he will not finish a first term, were he to win the upcoming election. For that reason, American voters must recognize that, come November, they may well be considering Harris as the actual Democratic presidential candidate. So, her take on energy policy should be understood as well.

While The New York Times recently tried to sell Harris as a “pragmatic moderate,” on issues of energy, her policies align far more closely with the progressive wing of the party. For example, Harris recently introduced the Climate Equity Act with Rep. Alexandria Ocasio-Cortez (D-N.Y.). In the Democratic presidential debate, Harris bluntly stated that she “support[s] a Green New Deal,” the nearly $100 trillion climate change policy authored by Ocasio-Cortez. In that same appearance, Harris promised that, “on day one as president,” she would “reenter us into the Paris Agreement.”

In last year’s CNN climate town hall, Harris was asked about her views on fracking by a climate activist with the environmental group 350.org. Without pause, Harris confirmed, “There is no question I’m in favor of banning fracking.” She then gave a simple, one-word answer, “Yes!” to CNN host Erin Burnett’s follow-up question, “So, would you ban offshore drilling?”

The Biden-Harris position on fracking and natural gas production is abundantly clear, as reported by a recent string of tweets from Alex Epstein, author of “The Moral Case for Fossil Fuels.” Epstein contends that fracking is the means by which the U.S. produces 60 percent of our oil and 75 percent of our natural gas. Banning it would put millions out of American workers back in unemployment lines already swollen by policy responses to the COVID-19 pandemic.

Stifling the development of the fuels and technologies that power our economy with clean, affordable and reliable energy would be like killing the goose and then tossing the golden egg out the window. That’s an extremely bad way for the freshly minted progressive duo to start their campaign.