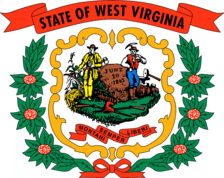 The Mackinac Center is a national leader in examining and litigating legal issues surrounding right-to-work laws. Having championed the policy for three decades and helped usher in this monumental reform in Michigan, the Center is ready and able to take on any legal challenges to right-to-work.

One recent challenge was a showdown in West Virginia, where lawmakers passed a right-to-work law in 2016. But unions there had won an injunction in a county circuit court, halting the implementation of the law. Fortunately, just last week, the West Virginia Supreme Court overturned this injunction, ruling that the law should be implemented and also stated that there is little chance right-to-work proves unconstitutional.

As part of an effort to support the West Virginia right-to-work law, the Mackinac Center’s Senior Attorney Derk Wilcox submitted an amicus brief on behalf of the attorney general of West Virginia, who was defending the law before the state’s Supreme Court in this case.

Wilcox argued that the unions’ case against right-to-work is faulty, especially considering that right-to-work has been upheld numerous times since its adoption by some states as long as 70 years ago. Further, Wilcox turned the unions’ argument on its head and pointed out that if right-to-work is deemed a “taking,” as the unions tried to argue, then the entire federal labor law mandating collective bargaining needed to be viewed as a “taking” as well. But in this case, the unions would be the ones doing the taking and, as a result, they probably wouldn’t favor such a definition or its implications.

But that’s not all Center scholars did to educate West Virginians about the positives of a right-to-work law. Senior Fellow Vinnie Vernuccio also testified before the West Virginia House of Delegates when lawmakers were originally considering the bill. Vernuccio also published op-eds in local newspapers and his work in the Mountain State was featured in a piece by the Wall Street Journal.

As recent events in West Virginia demonstrate, the Mackinac Center is fighting to defend the rights of workers across the entire country and upholding right-to-work laws is a critical part of that effort.