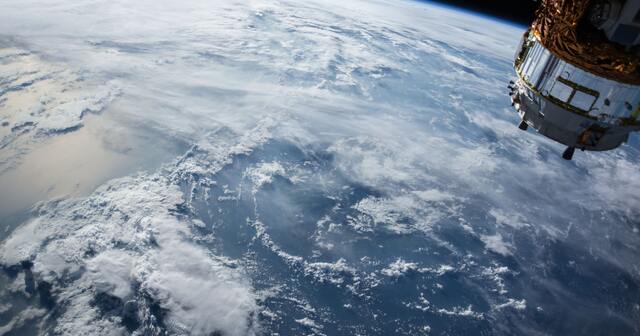 Wealth and Freedom are the Best Means of Protecting Species

Earth Day organizers have other ideas

The 2019 Earth Day website warns that human activity is causing extinction on a grander scale than has been experienced in the planet’s recent history, and suggests that our impacts must be minimized at all costs. But that warning misses the fact that nature doesn’t give away anything for free. Humans — like every other species on the planet — are a part of an environment that we must change to survive.

Earth Day organizers mirror the concerns of New York Rep. Alexandria Ocasio-Cortez, who ominously warned that “The world is gonna end in 12 years if we don’t address climate change.” They claim that “Human beings have irrevocably upset the balance of nature and, as a result, the world is facing the greatest rate of extinction since we lost the dinosaurs more than 60 million years ago.” They continue by pointing to an “unprecedented” level of “global destruction” ostensibly brought on by lax government and business attitudes toward sustainable development. Their solution? “We need to do more!”

“More!” has been the rallying cry of the end-timers since at least the late 18th century, when Thomas Malthus penned his “Essay on the Principle of Population.” He argued that “The power of population is indefinitely greater than the power in the earth to produce subsistence for man. Population, when unchecked, increases in a geometrical ratio. Subsistence increases only in an arithmetical ratio.” Translation: Human populations grow far faster than our food supplies and we’ll soon run out of food. But human ingenuity has repeatedly proved him wrong.

Others, like Stanford biologist Paul Ehrlich, regularly revisit his error. Ehrlich opened his 1968 book, “The Population Bomb,” with a hyperbolic prediction: “The battle to feed all of humanity is over. In the 1970s hundreds of millions of people will starve to death in spite of any crash programs embarked upon now. At this late date nothing can prevent a substantial increase in the world death rate.”

In 1989, Noel Brown, the director of the New York office of the U.N. Environment Program expressed similarly dire concerns. He argued that if global warming were not stopped, by the year 2000, entire countries “could be wiped off the face of the Earth by rising sea levels.”

We’re still on dry ground, and the UN Population Division reports that, globally, death rates have dropped from 13.5 deaths per 1,000 people in 1970 to 7.7 in 2015. Regarding Ehrlich’s starvation predictions, HumanProgress.org reports that worldwide food supplies, per person, per day have increased from 2,253 calories in 1961 to 2,853 calories in 2013.

Despite improvements in food security and environmental conditions, the Malthusian outlook still demands that humans stop doing those things that help us live better, more comfortable, safer, and longer lives. For example, the Green New Deal would impose as much as $93 trillion in costs, while also mandating strict restrictions on our energy and food sources, as well as our ability to travel. It has been promoted as the sure way to rescue the environment from assured destruction, but the proposal would actually squander funds that could be used to protect natural areas or to develop cleaner and more efficient energy. Even Democrat heavyweights like Speaker of the House Nancy Pelosi, have thrown “some serious shade” at the plan, by referring to it as “The green dream, or whatever they call it.”

One can certainly hand it to Rep. Ocasio-Cortez and the Earth Day organizers. They clearly understand how to pitch the issue with just the right mix of sandwich board-style, “the end is near,” pathos. But, while their threats of the coming apocalypse do scare children to the point of tears, they gloss over the fact that nature is not, and never has been, a warm, protective, and “balanced” cocoon.

Nature both helps and harms all species. And only by using our brains and technology can we rise above the level of scratching a nasty, brutish, and short existence out of the mud before succumbing to disease, inclement weather, or the claws and teeth of a more adept competitor.

Humans protect and steward the earth and its resources because it is in our own long-term interest to do so. But we can best protected and steward the earth when we mix our ingenuity with free markets to create wealth. Together, freedom and wealth give us the financial well-being to protect the environment in a manner that best provides for the needs of both humanity and the thousands of species with which we share this world.