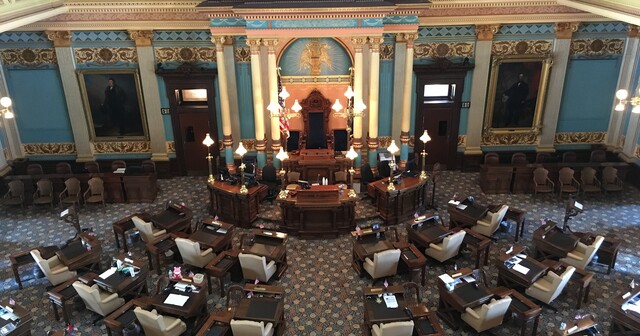 With fewer than 20 days left in the legislative session, that’s plenty of time to pass good reform

August marks the beginning of the back-to-school bustle and the return of lawmakers from their summer recess. Although only a few session days remain, three important proposals for criminal justice would, if passed, create significant and long-lasting improvements for many Michiganders.

Civil asset forfeiture reform: Civil forfeiture is a policy that allows law enforcement agents to seize and forfeit, or take ownership of, private property. In Michigan, police officers need not wait for a person to be convicted or even charged with a crime before they forfeit a piece of property and spend the proceeds. Reports reveal that in 2017, nearly 1,000 legally innocent people had their property forfeited by the government. Legislation that has passed the House and is under consideration in the Senate would allow police to continue to seize property, but not forfeit it unless its owner is convicted of a crime. This important protection, now law in 14 states, would shore up private property and due process rights without limiting the ability of law enforcement officials to investigate crimes and detain property they suspect was involved in a crime.

Raise the age: Michigan is one of only five states in which 17-year-olds are automatically prosecuted as and imprisoned with adults. Research consistently shows that adjudicating them in the juvenile system produces better outcomes; for one thing, it shows they are 37 percent less likely to commit crimes in the future than youths funneled through the adult system. Legislation pending in the House would raise the age of adult criminal liability in Michigan from 17 to 18. Shifting 17-year-olds into the juvenile system requires extra resources for that system so that it can cope with a larger number of people, but other states that have raised the age have found that the benefits far outweighed the costs over the long term.

Lift the occupational licensing ban: There are about 200 professions and skilled trades in Michigan that require workers in those jobs to first get a license from the state government. Practically every occupational license contains a provision that effectively bans people with a criminal history from being eligible for a license. House proposals would end the automatic assumption that people with a criminal history — of which there are millions in Michigan — lack good moral character and can never be eligible for a license. Each year, 50,000 Michiganders are convicted of a felony. This means that our workforce stands to make considerable gains by lifting the blanket ban while still allowing a person’s criminal background to a factor when the state decides whether to grant a license. Clearly, we don’t want people convicted of fraud working in fiduciary or legal capacities. But in most cases, former offenders can work safely and effectively in high-demand jobs, which reduces their likelihood of recidivism and bolsters our workforce at the same time.

Lawmakers will face many proposals competing for their time and attention. But because criminal justice issues disproportionately affect the poor and vulnerable of our state, and criminal justice itself is so integral to an effective government and healthy society, lawmakers should pay special attention to these issues.