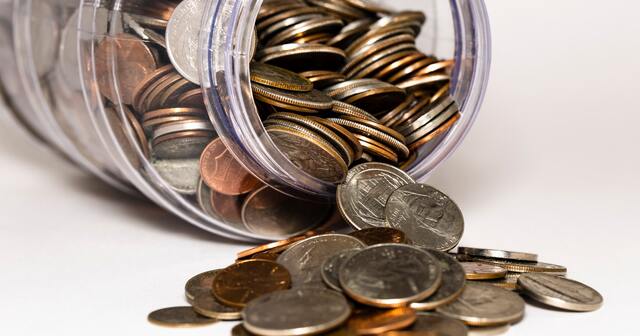 Research continues to demonstrate the ineffectiveness of these programs

Editor’s note: This article first appeared in The Hill on December 27, 2018.

When a year draws to a close, it is instructive to look back its events — sometimes wistfully, and other times for wisdom. It is the latter purpose to which I draw your attention: new knowledge about old “economic development” programs.

State and local governments run corporate handout programs in the name of creating jobs and wealth, but researchers continue to demonstrate that such programs are generally ineffective. In 2018, at least five major studies of state incentive programs were published and they are worth the read, particularly for policymakers.

“Striking a Balance: A National Assessment of Economic Development Incentives” is a working paper available from the W.E. Upjohn Institute in Kalamazoo. Its authors incorporated nearly 2,500 firms from 35 states into their analysis — including 180 from Michigan — and matched them to information culled from the National Establishment Time-Series Database, something close to a business census, from 1990 through 2014. This allowed the scholars to track the performance of these firms, which received incentives, against a control group of firms that did not.

Speaking about state incentives to firms, the authors found “little evidence that they generate new jobs or other direct economic benefits to the states that employ them.” Specifically, “establishments that received an incentive experienced employment growth that was 3.7 percent slower than non-incentivized establishments.” The authors also divvied up their analysis by firm size and found that incentives may be more effective for smaller enterprises.

Another paper found at the Upjohn Institute website this year: “‘But For’ Percentages for Economic Development Incentives: What percentage estimates are plausible based on the research literature?” The author reviewed 30 studies and 34 estimates, and reports that between 75 percent and 98 percent of incentivized firms “would have made a similar decision location/expansion/retention decision without the incentive.” In other words, as little as 2 percent of the incentive deals examined were necessary. This study was underwritten (partially financed) by the Michigan Economic Development Corporation, one of the state’s two jobs agencies and one that the Mackinac Center has demonstrated does unnecessary incentive work.

In February, the Mackinac Center released its study, “An Assessment of the Michigan Business Development Program (MBDP),” a review of a Snyder administration initiative that was designed to replace the expensive, failed and ultimately shuttered Michigan Economic Growth Authority tax incentive program. We found that for every $500,000 in MBDP subsidies paid out through 2016, there was an associated loss of some 600 jobs in the county in which the corporation’s project was located. In other words, the program cost, rather than created, net new jobs.

Another 2018 paper, “Do Business Subsidies Lead to Increased Economic Activity? Evidence from Arkansas’s Quick Action Closing Fund (QACF),” looked at state incentives for firms and employment at the county level in Arkansas. The authors found “little evidence to suggest that the QACF creates significant job and establishment growth.” This Arkansas program shares some characteristics with the Michigan Business Development Program described above.

Lastly, two scholars at Southern Methodist University published their study, “Targeted State Economic Development Incentives and Entrepreneurship,” which found a “robustly negative relationship between development incentives and patent activity,” the latter being a proxy for entrepreneurial activity. They did find a positive link between incentives and percentages of large businesses in a region, but they also found a negative association with percentages of small businesses. The authors said these findings are consistent with large companies being able to crowd out smaller ones in the competition for capital, which often includes state subsidies.

The scholarly literature on state and local incentives is as clear as can be hoped for from a diverse array of scholars studying a particular subject over time. They mostly conclude that incentive programs are ineffective.

My hope for the new year is that lawmakers look back at the mountain of evidence demonstrating that their corporate welfare programs don’t work, cut them out and redirect any savings to more effective development tools, such as across-the-board tax cuts or road infrastructure.