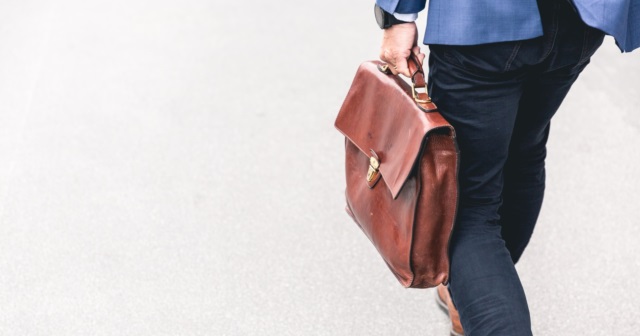 Funded in good times and there in the bad

People are worried about how the COVID-19 coronavirus is going to affect their lives, both from the ongoing restrictions on what they can do, but also in the uncertainty it brings to their livelihoods. There are already a number of policy reforms that have been floated to address the pandemic. There are also policies in place that get ramped up without needing to wait for action from lawmakers. Payments from unemployment insurance, in particular, are already increasing as the pandemic shuts down workplaces, and that’s the way that it’s supposed to be.

If the funds set aside get depleted, the federal government lends the state money so that it can keep paying unemployment insurance claims.

Taxes to pay for the system are not static, either. The state has paid off its debts accumulated from the last recession, and it also eliminated the portion of employment tax levied to pay down that debt, for instance.

Claims have been at all-time lows in recent months, according to the U.S. Department of Labor. There were 32,597 people collecting benefits in one week of September last year, the lowest recorded in this data series going back to 1987. During a week in the Great Recession, over 360,000 people were claiming benefits.

There was a spike in people filing for unemployment insurance last week, with 129,000 people applying for benefits. This is the largest single-week increase, which should be expected when the governor intentionally shuts down portions of the economy to prevent the spread of the disease.

Michigan has $4.7 billion saved to pay for claims, say federal labor officials. In the state’s 2009-10 fiscal year, during the worst part of the Great Recession, the state paid $6.8 billion in claims. Whether the state will now drain its trust fund to pay for benefits as people stay home depends on how long they will stay home.

The system is primed to be a part of the direct automatic response to the economic effects of the pandemic, which is one reason why Congress is considering it as part of its proposed spending package. The federal package will provide direct payments to the people whose work gets cancelled by virus precautions; it has money to do so without requiring more in taxes, and it can provide these responses without needing additional approval from lawmakers.

Policymakers still need to monitor the state’s unemployment insurance system, however. They ought to ensure that it’s covering the people entitled to it, and to see whether the people who are in need but not entitled to it can be helped in other ways. The governor may also want to ensure that people collecting benefits aren’t out looking for jobs when she’s asking them to stay at home.

People are eligible for up to 20 weeks of benefits, which would mean that anyone who starts receiving benefits this week will exhaust them by mid-August. There are plenty of other conversations that lawmakers ought to have about the state’s response to this pandemic if there are still major economic controls going on then, and that ought to be one of them.

People face a lot of uncertainty about the effects of COVID-19. But they should know that there is already a safety net ready to catch a number of people.